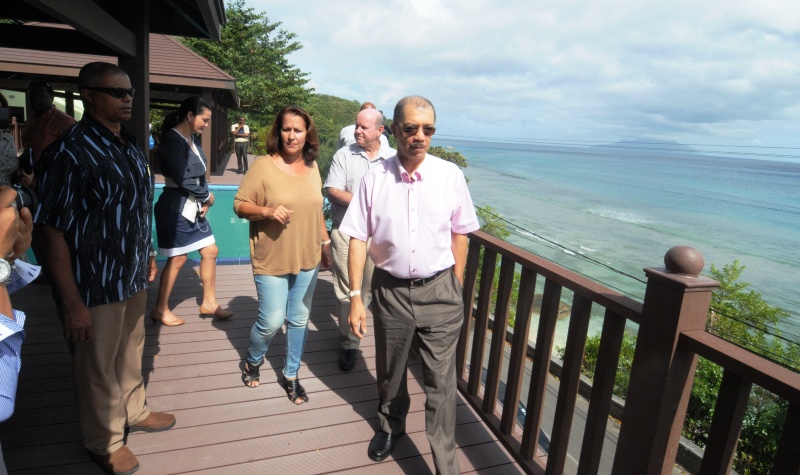 The MacGregor and Laporte families have this week opened a new hotel accommodation establishment at Bel Ombre, Mahé, adjacent to the La Buse treasure site.

When she welcomed everyone to the ceremony at the swimming pool deck of the hotel, Marie-France MacGregor, the main driver behind the project, thanked her husband Francis MacGregor, the president of the Seychelles Court of Appeal, for his support and encouragement that helped her and her project partner.

Mrs MacGregor also requested Minister St Ange to convey to President James Michel her appreciation for the time he took to visit her establishment when he toured tourism establishments in the northern part of Mahé.

She also thanked her family for all their support, Minister Alain St Ange for his personal encouragement and advice, and her many friends present for all their continued support.

Minister Pierre Laporte, who is the brother and partner of Marie-France MacGregor, took the opportunity to introduce his brother Alain Laporte who had just migrated back to Seychelles with his family after more than 23 years in Canada.

Alain Laporte, a chef by profession, has taken over the catering responsibilities of the new Treasure Cove Hotel.

When he took to the podium to officially open the latest addition to the long list of Seychelles’ home-grown tourism establishments, Minister St Ange congratulated the MacGregor and Laporte families for opening a great small hotel.


"We are proud of you for what you have succeeded in doing. I have seen your bedrooms and know that the spectacular and uninterrupted views over the turquoise blue seas will be appreciated by all visitors who will be lucky to select your property," Minister St Ange said.

He also assured the developers of the new Treasure Cove Hotel of his ministry's support and that of the Seychelles Tourism Board. 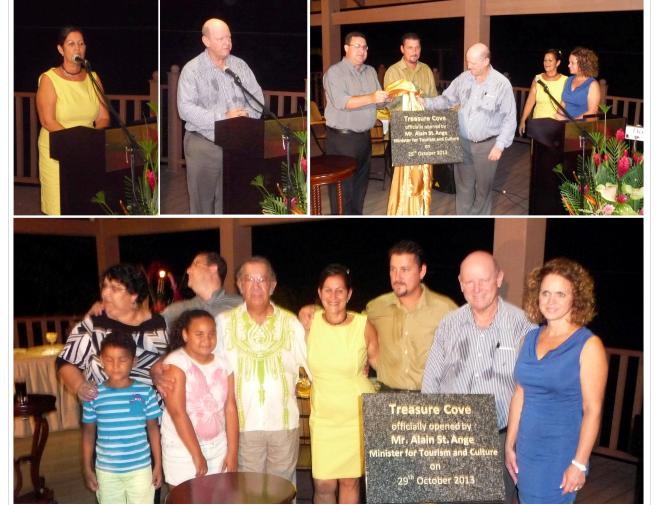