Final preparations ahead of African Youth Games | 17 May 2014

The final preparations for Seychelles’ involvement in the second African Youth Games, to be held in Gaborone, Botswana, is underway with the various federations involved getting the athletes ready to compete.

The 2014 African Youth games will get underway on May 22 and will feature athletes from 54 nations across Africa competing in 21 sports. This year the number of countries taking part has increased from the 41 that competed in 16 sports. This year, only Cape Verde Islands, Libya and South Sudan are not taking part in the Games.

The African Youth Games are an international multi-sport event held every four years to complement the All-Africa Games. This international sportive event has been created by Lassana Palenfo, current director of the Association of National Olympic Committees of Africa. The idea came in 2006, although the inaugural African Youth Games were only held in Rabat, Morocco in 2010, where Tunisia topped the medals table.

The African Youth Games are also used as a platform to select athletes who will in turn take part in the Youth Olympics Games. They will help our young athletes to familiarise themselves with the concept of the Youth Olympic Games whose structure is significantly different from any previous games in which they might have been involved.

To ensure that African athletes are sufficiently prepared to compete at this platform, the continental Olympic Games governing body, the Association of National Olympic Committees of Africa (Anoca), resolved to stage the African Youth Games.

The bulk of the Seychelles delegation will leave the country on Tuesday May 20, while athletes who are on overseas in training camps will join the team directly from the countries where they are.

In total Seychelles will be sending 25 athletes to the Games and they will be competing in eight out of the 21 disciplines. Ten officials, including the head of delegation, will also make the trip.
Weightlifter Romentha Larue, who is also the reigning Young Female Athlete of the Year, will be Seychelles’ flag bearer in Gaborone.
Seychelles managed to win three medals – one silver and two bronze – at the first Games in 2010. 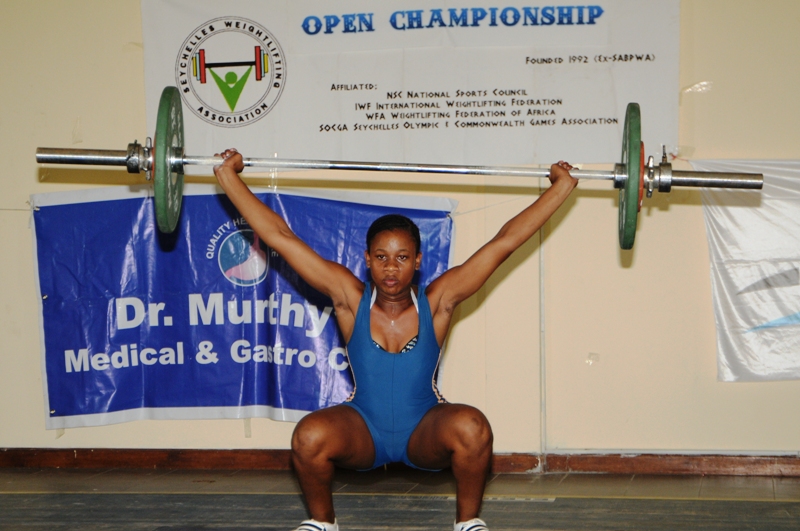 Seychelles’s only silver medal was won by featherweight boxer Andrique Allisop in boxing, where he lost in the 57kg final on points – 8-10 – to Moroccan Malek Said.
Allisop had won on points – 15-3 – against Togolese Hounkpatin Jomlangam in one of the two semifinals.

The two bronze medals were won by swimmer Shane Mangroo in the pool of the Mohamed V Swimming Complex. He finished third in the 100m butterfly, stopping the clock at 1 minute 01.83 seconds (1:01.83) and third again in the 50m freestyle in a time of 25.38 seconds.

This year will be only the second time the Games are organised.