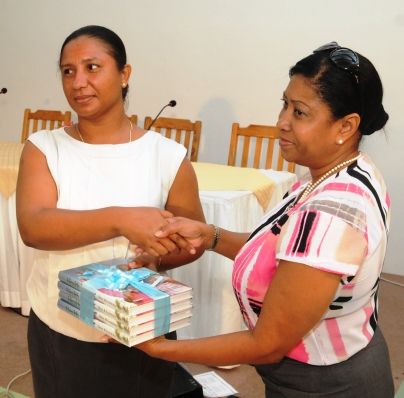 In an effort to educate and empower the people of Seychelles with regard to the dangers of alcohol abuse, an ‘Alcohol and Awareness Month’ has been launched.

In previous years the alcohol awareness campaign was celebrated throughout one week in the year but this year is the first time the campaign will last a whole month.
In a presentation, Mr Vel talked about the use of alcohol in Seychelles in the past few years and the daily recommendations for men and women.

Mr Vel said that according to a study carried out on the manufacturing of local alcoholic beverage such as baka, lapire and kalou, vendors are usually self employed and contrary to what many believe, they do not create jobs.

Some even make profits in excess of R25,000 per month, while also preparing food and providing ‘accommodation’ which does not form part of their license, hence making it illegal.
In 2007 two girls under the age of 15 were treated for alcohol dependency.

The sweet taste and colourful packaging is something which remains a concern as it targets young women and children who are unable to realise how much the disguised sweet alcohol is affecting them.

In his speech, Minister Morgan spoke of three key concerns surrounding alcohol abuse -- the first is turning a blind eye when people commit illegal or violent acts as a result of alcohol abuse, the second is underage drinking and the traditions and customs being used as a cover-up, and finally driving under the influence of alcohol. 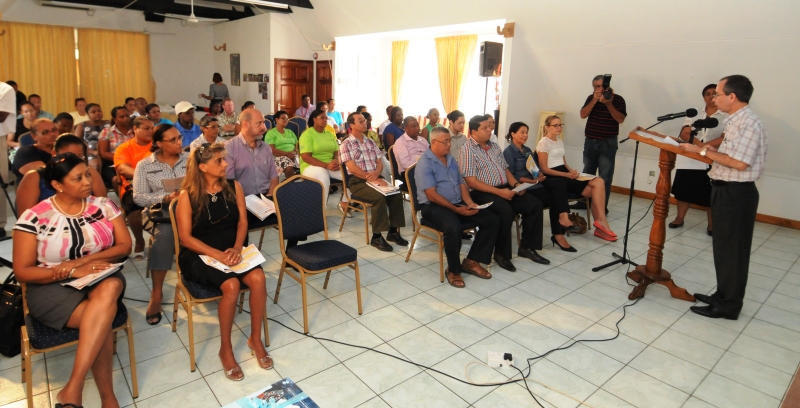 “These influences start at home and it is up to the family and friends to make a difference instead of waiting for the police or social services to deal with it,” he said.
As a result a zero tolerance approach will be taken to deal with drunk drivers and efforts to host more ‘alcohol-free’ events will be undertaken.
He noted that 44% of young people aged between 14 and 17 years in Seychelles drink when attending events or socialising.

“It is time to teach our children that there is a time, a place and an age for drinking,” said Minister Morgan.
Towards the end of the ceremony, PS William-Melanie handed over books to the Ministry of Education on behalf of the Drug and Alcohol Council (Dac), while Care presented a poster created especially for the occasion to Minister Morgan. These posters will be distributed across schools as well as work places in Seychelles.

This first ‘Alcohol Awareness Month’ is getting the support of partners such as Dac, Care, the Ministry of Health, the Ministry of Education, the SNYC, the Seychelles Licensing Authority, Mont Royale and Centre d’Accueil de La Rosière, Seychelles Breweries Limited among others. 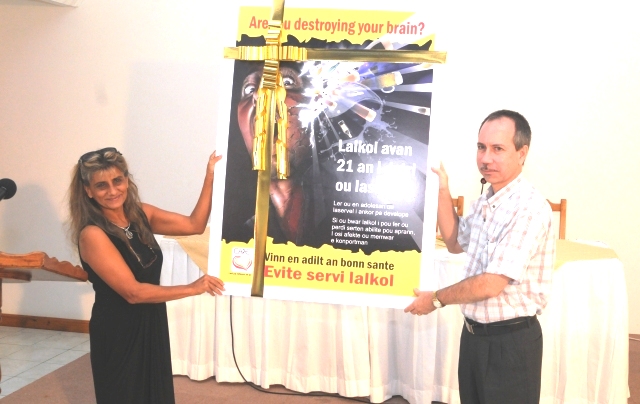 Activities for this month include informational kiosks in different areas, activities at denominational level, surveys and activities on the inner islands, training at different ministries and workplaces, as well as other awareness sessions hosted by Care and the SNYC in schools, among others.