The HIV-Aids prevention and control programme of the Ministry of Health has launched its ‘ABCD of Safer Sex Week’ with awareness raising sessions in secondary schools, professional centres like the Seychelles Polytechnic and work institutions both on Mahé and Praslin.

The Aids prevention and control programme, in collaboration with the National HIV and Aids Social and Behavioural Change Committee (SBCC), are taking the lead to organise national activities in promoting the objectives of the ABCD Safer Sex Week campaign. Education sessions, targeting youths will be organised with the aim to involve the younger generation in understanding the essence of safer sex and to help disseminate messages to other young people through behaviour change activities so as to get a healthy population in future.

Different workplaces have already come forward with sessions for presentations to their employees which will be conducted during the course of the campaign.

The activities are being held under the theme ‘Practice Safer Sex, Protect Yourself for Life’.

The aim of these talks are to promote healthy sex life choices by people to reduce the prevalence of HIV and other sexually transmitted infections (STIs). These choices should be based on informed knowledge for better decision-making. There have been countless efforts over the years to roll back the HIV and STIs epidemics in the Seychelles but there is still an increase in the number of new cases of HIV for 2015 over 2014. But it is also important to note, there has been an increase in the number of HIV tests conducted over the past year, an increase of 38% compared to 2014.

This shows there is awareness in the “Test and Treat” campaign initiated by the Joint United Nations Programme on HIV/Aids (UNAids) in 2014 where the objective is that 90% of the population should be aware of their HIV status by 2020; launched by Vice-President Danny Faure on World Aids Day 2014, and reinforced by the National Aids Council in the Seychelles.

There has also been a gradual increase in Hepatitis C over the past years while an increase of 48% was recorded in the number of Hepatitis C tests conducted in 2015 compared to 2014.

In one of the sessions at the Financial Services Agency (FSA ex-SIBA) on Monday morning, HIV-Aids facilitators held a lively interactive session with FSA employees again stressing on the importance of safer sex. There was also a session the same day at the Pointe Larue secondary school.

During the sessions the leaders explained the various transmission ways of sexually transmitted diseases like in unprotected sex, vertical transmission like mother to baby, drug use and sharing of syringes. They also stressed on the preventive measures like abstinence, use of condoms and the need of checking their status which is very important in the fight against those diseases.

Lyn Arrisol, one of the leaders, stressed that tests and awareness campaigns reduce infections, reduce HIV-related disparities and health inequities, all with the aim of achieving a more coordinated national response to the HIV epidemic.

“Testing for HIV is the only way to know for sure if you have the disease,” stressed Ms Arrisol. 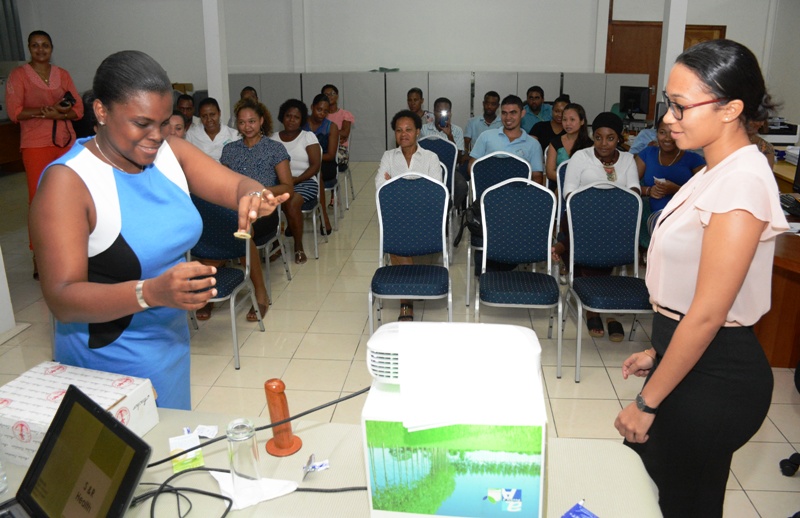 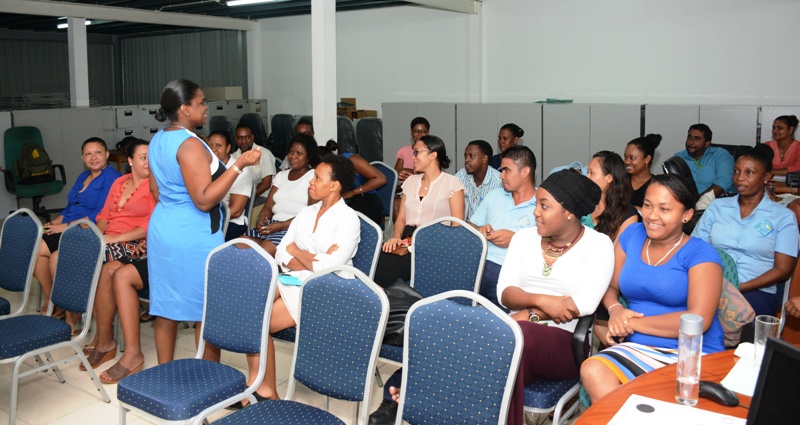