The struggle for Independence started in the early 1960s.

In its issue of Friday May 10, 1974 the Seychelles Bulletin wrote that James R. Mancham, the Chief Minister of Seychelles, led a delegation of ministers and Legislative Assembly members to London and held talks with Joan Lestor, Parliamentary Under-Secretary of State at the Foreign and Commonwealth Office.

Mr Mancham and his Seychelles Democratic Party (SDP) who had just won the general elections, as well as the Seychelles People’s United Party (SPUP) led by France Albert Rene had campaigned for independence for Seychelles.

At preliminary talks with Miss Lestor on May 9, it was agreed that a constitutional conference would be held in London in the autumn of that year (1974). Both the governing party of Seychelles and the opposition would be invited to attend in accordance with normal practice.

Meanwhile, in its issue of Monday January 19, 1976, the Seychelles Bulletin reported that Prime Minister Mancham, who was accompanied by ministers France Albert Rene and Chamery Chetty at the Constitutional conference in London, declared that Seychelles was seeking republican status.

Mr Mancham also called on her Majesty’s Government to return the islands of Aldabra, Desroches and Farquhar to the Seychelles sovereignty.

“These islands are an integral part of the Seychelles archipelago … and we have plans to proceed with their development immediately after their return,” Mr Mancham was quoted as saying.

On June 24, 1976, the Seychelles Bulletin wrote that the ownership as opposed to the sovereignty of the groups of islands: Aldabra, Farquhar, and Desroches was transferred from the BIOT (British Indian Ocean Territory) to the Government of Seychelles when the Commissioner of BIOT Collin Hamilton Allan signed the deeds of transfer at Government House at 3.30pm on Wednesday June 23, 1976.

The transfer marked the first stage of the handover of the islands from BIOT to Seychelles which will culminate with the transfer of sovereignty on Independence of Seychelles on June 29, 1976.

At the Independence ceremonies which marked the end of the British era in the islands’ history, Queen Elizabeth was represented by the Duke and Duchess of Gloucester.

Administrative powers were released and assumed with impressive courtesy and dignity. At midnight on the night of June 28, 1976 the most moving moment for the very first time, the flag of the new independent nation was hoisted into the Seychelles sky while simultaneously the Union Jack was respectfully lowered.

The new President of Seychelles James Mancham and his Prime Minister France Albert Rene took the oath of allegiance and watched the hoisting of the Seychelles colours.

Bishop Felix Faul, Catholic Bishop of Seychelles and the Anglican Bishop asked for divine blessing on the new state in order that “a new country be built where men can live as brothers in a world which knows only love”.

All official speeches were made in English, French and Creole. 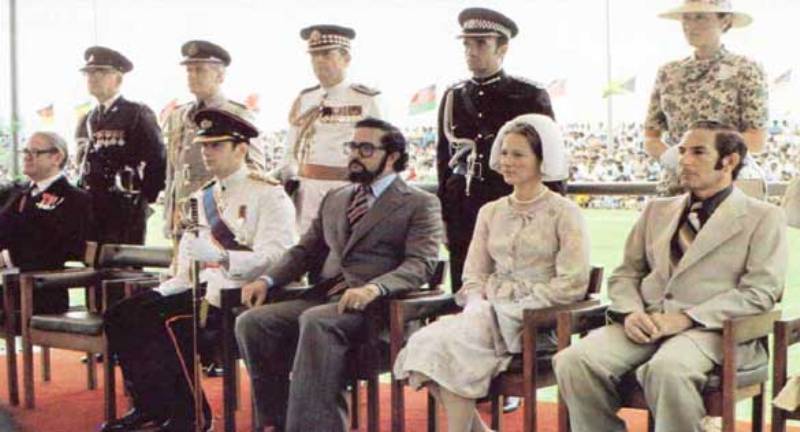 . David Gerald Joubert: Minister for Tourism and Aviation since 1975

. Robert Georges Delorie: Minister without Portfolio in the Prime Minister’s Office since November 1970

. Gonzague Albert D’Offay: Minister without Portfolio with responsibilities in Prime Minister’s Office and Ministry of Health and Welfare

. Philibert Loizeau: Minister without Portfolio with responsibility in the Ministry if Works and Land Development 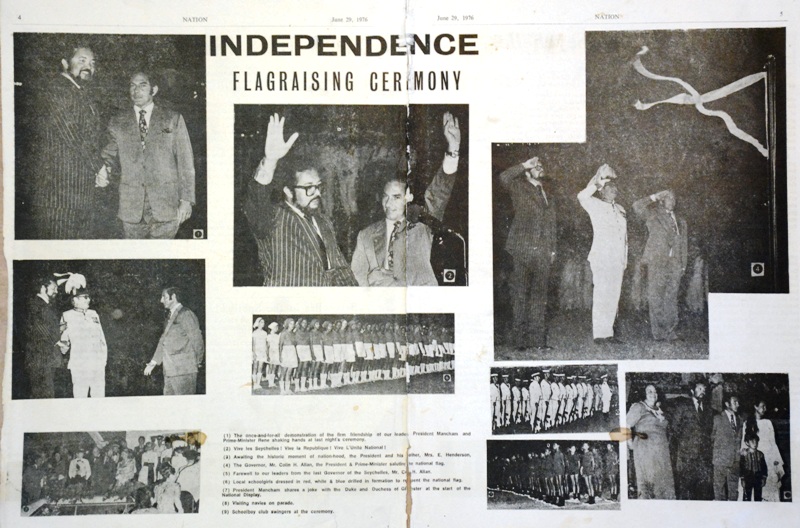 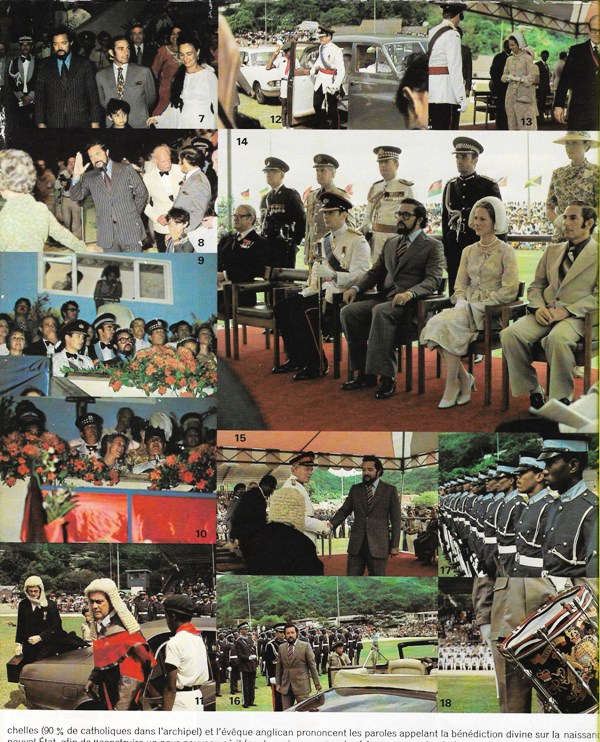