‘Let us count our blessings to live in this beautiful country’

Q1: Was it important for Seychelles to gain Nationhood?

JRM: After British Prime Minister Harold Macmillan on a visit to South Africa announced on 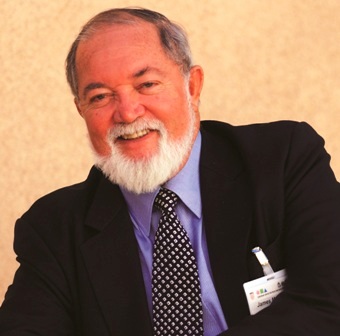 Just around that time, Mr Ian Smith, leader of a political grouping of Southern Rhodesia (now Zimbabwe) declared UDI - i.e. Unilateral Declaration of Independence, which meant that the country had become independent without the consent of the majority people and without the agreement of the United Kingdom to become an independent nation. Obviously, Mr Smith and his supporters did not want a situation of majority rule in the country. Obviously too, Mr Smith’s action was condemned by the international community.

It was around that time that I returned to Seychelles where and when a group of planters and business people working under the aegis of the Seychelles Tax Payers and Producers Association thought that it was a great idea for them to follow the policy of Ian Smith and secure for themselves political control of Seychelles before the introduction of adult suffrage. It was at the time that I established a nationwide popular base by opposing UDI in Seychelles. We have also to bear in mind that at that time Seychelles was entirely cut off from the rest of the world. We were an isolated colony surviving on grant in aids from the United Kingdom which herself had become eager to shed its colonial responsibilities in order to facilitate her entry into the European Common Market. We had no airline connection and no airport.

Next door to us, we had the island of ‘La Réunion’ which France had declared to be an Overseas Department and where consequently our cousins, ‘les Réunionnais’ were enjoying the same level of social and political security as the people of metropolitan France. At that time too, we were seeing a situation within Africa and the Caribbean where independence had brought about internal turmoil as new leaders started behaving as leaders for life.

Against this background, I had thought that the interest of the average Seychellois people resided in maintaining our association with UK. But as we know, Mr F.A. René had a different view on the subject. The internal debate on the issue sparked controversies and left the nation sadly divided into two camps – one led by myself symbolised by the blue colour of the then Seychelles Democratic Party and the other one the red colour led by Mr René of the Seychelles People’s United Party.

Q2. How can you describe the struggle for independence?

JRM:  Truly speaking, so far as our relationship with our colonial master went, there was no real struggle for independence. In fact following Prime Minister MacMillan’s speech in South Africa, it was clear that the UK was ready to facilitate all the remaining colonies within the once Empire to move towards independence. That is why all this talk about ‘liberation’ and ‘Zonm Lib’ does not ring a bell with me. If there was anything resembling a struggle it was the internal debate between two main political parties on the independence issue. With Britain’s decision to rid itself of its colonial responsibilities, if there was any challenge with respect to our future, it was to get Britain to accept to evolve a special relationship with us. That is why after we had won two elections for closer links, the British took no initiative to get us move along this line. Of course, our case for closer link could have been stronger if some 90 per cent of the population wanted it so.

Q3. Do you think that Seychelles would have known the same kind of development if it had not gained independence?

JRM: When you think about development, I believe you are thinking about the progress and economic development in Seychelles. In this case let us put things in realistic perspectives. There has in fact been three different phases of development in our history since independence – the first was the eleven months of coalition government which saw investor’s confidence at the highest level. The coalition government had developed a national development planwhich included many ambitious housing development projects to satisfy the country’s social requirements. It also had a scheme to facilitate land ownership by the underprivileged members of society. This programme was being administered by Prime Minister Albert René himself in his capacity as Minister for Housing and Land Development. Sadly this programme was abruptly brought to an end with the coup d’Etat of June 1977.

The next period started after the coup d’Etat and the establishment of the One Party State when many private enterprises and properties were compulsorily acquired by government. This was also the period of much social upheavals which saw thousands of Seychellois fleeing their paradise ‘as political refugees’ to different parts of the world. Seriously and honestly speaking, there was very little economic development and very little inward investment during the 15 years of One Party dictatorship which itself was characterised by the arrival in Seychelles of troops from Tanzania, Madagascar, and even North Korea.

The third period of economic development started after I had returned from exile in 1992 and had introduced into the nation the politics of National Reconciliation. From then on, many investment projects started materialising. Analysing the situation with wisdom and honesty, you are bound to recognise that it is internal stability which has been the basis for the development which we have seen in Seychelles over recent years. Obviously, ‘uncertainty’ as to the future of a country constitutes the biggest enemy to economic progress.

Q4. What are the positives and negatives of being an independent nation?

JRM: The history of Seychelles from the day of its independence to date certainly reveals and reflects both the positive and negative sides of being an independent nation.

On the positive side, a national spirit of being a Seychellois was born. We acquired our own national anthem, our own currency, our own passport, our own stamps and our own flag and we were all in one and the same boat being driven in the difficult waters of geopolitics which was the order of the day during the Cold War. When we became independent, we had declared, under the banner of our coalition government, that we were ‘a friend to all and enemy to none’. The population had put their faith in us leading the nation (myself as President and Mr René as Prime Minister) to put the interest of the nation first of all.

But sadly, there was a coup d’Etat and the introduction of One-Party rule within the nation. Suddenly people were being arrested for their partisan views and thousands had to flee the country for life in exile. This certainly has been a high social price to pay for any nation as small as ourself.

Q5. As an independent nation, do you think Seychelles has made the progress expected of any nation?

JRM: Since its independence, Seychelles has faced three phases with respect to economic progress and social development. The coalition period was most promising. Private overseas development and even outside nation investments was at a very low level during the One-Party rule. However, private investment started to flow back into the country after 1992, after I had returned to Seychelles and initiated the politics of National Reconciliation. This is when new buildings started to go up as well as new housing developments. But over the last 10 years the progress has been almost magical.

Besides development assistance from China and India for geopolitical consideration, President James A. Michel has been able to nurture a very special relationship with the leaders of the United Arab Emirates (UAE). Against this friendship background, several essential and prestigious projects have materialised which has resulted in an international investor’s view that if the goodwill of the UAE towards Seychelles continue, the Republic of Seychelles could really become a success story, at least, economically speaking. In fact it is behind this special relationship that Air Seychelles has been able to evolve a very special partnership with Etihad Airways which has made her the envy of all the airlines in the region. This of course has allowed us to benefit from the many developments that we are enjoying today which many are taking for granted.

Q6. What are your views concerning this year’s National Show which is currently ongoing?

JRM: Obviously it is a very impressive showpiece of what the Seychelles today has achieved under the leadership of President Michel. My wife who visited all the stalls told me that the Show as a whole was more impressive than the City of Brisbane Show which she visited only a few months ago. Well, we cannot have it both ways. It is a question of whether we wish to stay in Bamako or take the road to Monaco.

Do we eat only locally made ice-creams or are we also to enjoy ice-creams from other parts of the world? Are we just to eat our ‘bred mouroum’ and salted fish and a good plate of lentils – or are we to aspire to eat ham, lamb chops and ‘paté de foi’ sometimes? When we were growing up, ‘kari kabri’ was reserved for special occasions. Now, it is available on a daily basis.

The National Show certainly brought into consideration the factor of man’s desire for a higher quality of life and its consequential effect on the cost of living factor.

When I returned to Seychelles in 1992, after 6pm there was not one car on the road. Today traffic jam has become a national problem and yet what do we see at the National Show is one of the most impressive display of cars of all brand and prices on offer to the people of Seychelles.

This of course brings us to consider other characteristics of life in Seychelles today. This evening, at 8pm, we will be glued to our TV watching Spain playing Italy beamed to us all the way from Stad de France. This brings to mind the sporting facilities which our people are enjoying in Seychelles today – we have besides football, rugby, hockey, cricket, tennis, table tennis, badminton, karate, judo, volleyball, basketball, boxing, swimming, karting, windsurfing, sailing, fishing, canoeing – what a lucky generation for the young people of Seychelles today!

And tomorrow, we are going to witness an impressive National Day Parade – the presence of contingents from China, India, France and others testify to our geopolitical dimension as a proud President Michel takes the national salute as leader of the small nation navigating through the cross-currents of the politics of a big world in turmoil. Certainly the message for all of us is clear – let us count our blessings to live in this beautiful country; Let us count our blessing to have so many sporting facilities available at our doorsteps mostly free of charge; let us appreciate the opportunities before us to acquire a higher standard of living; let us count our blessings to have so much to read at this time – ‘NATION’, ‘TODAY’, ‘Times of Seychelles’, ‘Le Seychellois Hebdo’, ‘The People’, ‘The Independent’, ‘Le Nouveau Weekly’, ‘Lavwa Lalyans’, ‘L’Echo des Iles’, ‘VIOAS’ – and not one of our journalist under lock and key; let us count our blessings that our soldiers have so far remained only active chasing the pirates and participating in ceremonial shows; let us minimise the politics of confrontation as we seek to unite our nation in the interest of a better tomorrow and happier Seychellois people. May God bless the Seychelles and bring light, wisdom and enlightenment to those who are playing politics with our future.