‘Hard-gained freedom brought about by independence was worth it’ 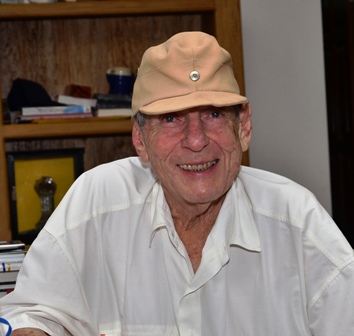 After several years of struggle for recognition as a sovereign nation, for liberty from colonisation, for freedom from poverty, finally on June 29, 1976, Seychelles, with a small population of around 60,000 then, saw the dawn of a new era.

Seychelles became a Republic with its own flag, national anthem, Constitution and new coalition government. Seychelles was independent at last…

Former President France Albert Rene, then Prime Minister-elect who stood beside Seychelles First President Sir James Mancham on the evening of independence 40 years ago in Victoria when Seychelles’ own first tri-coloured (red, white and blue) flag was hoisted replacing the British Union Jack, delivered a moving speech on that evening.

Half the population had converged on the semi-lighted streets of Victoria for the occasion using all means of transport available then.

“Tonight we are here together to take part in the greatest event in the history of Seychelles, for tonight a new country is born, a new people emerges. What a sense of joy, what a sense of fulfillment, for all of us”.

Mr Rene went on to send a loud and clear message to the people gathered for this auspicious occasion:

“Unless we are united in purpose, unless we are dedicated together to the uplifting of our new nation, we shall fail.

“Let us  therefore tonight, all of us, at this fantastic moment of our history dedicate ourselves never to hesitate to contribute our efforts to create a society in which no-one will fail to do his duty and in which no one will go in need, a new society created for the Seychellois, by the Seychellois”.

Today on the eve of the 40th Independence Day anniversary commemoration Mr Rene is of the view that Seychelles has lived up to these principles.

Through hard work and remaining true to these principles Seychelles has remained on the path of continued development and progress.

“I wanted a better life for our young people, good education, improved living standards through modern infrastructure and better working conditions for all. We have them all now, 40 years after gaining our independence,” said Mr Rene in an interview.

He added: “Independence opened many doors and today 40 years on, the hard and uneven road is far behind us. The struggle has been painful but the hard-gained freedom brought about by independence 40 years ago was worth it all!”

Independence Day was a great day

Mr Rene has described Independence Day as a “great day for me as it was the fruit of a lengthy battle since 1964 when we started fighting for independence”.

“At that time Seychelles did not belong to us. It belonged to the British. They even took some islands – Aldabra, Farquhar and Desroches – to be part of the British Indian Ocean Territory (BIOT). We were against this move and we asked them to return the islands to us and to let us decide our future. At that time, the Seychellois were very poor and there were very few employment opportunities. There was no development and the British were not interested in developing the country. They only wanted to use Seychelles. This is why we (Seychelles People’s United Party – SPUP) were in favour of independence while the other party (Seychelles Democratic Party – SDP) wanted Seychelles to remain a British dependent. We did not want to stay under British rule,” continued Mr Rene.

“We have a vast exclusive economic zone from which we could get a lot of produce. We could also develop the tourism industry. I had all these development potentials in mind but we could not put them into gear as the British were against. As a result, we lived in a society with different classes -- the well-offs and the very poor. Most of the people were very poor and coming from one of those poor families I told myself I had to work hard to change the system. It made no sense for me that Seychelles would stay as a British dependent in the Indian Ocean and this is why we created a union and organised strikes in different parts of the islands,” explained Mr Rene.

The former President noted that “Seychellois need to know the struggle that went on for all these years”.

“Until the last minute the SDP did not want independence but we who were in the opposition convinced them to do so and to take the leadership of the country. Unfortunately, they were not convinced we could build a nation where people could be educated, gain employment and opportunities to develop their potentials,” he added.

A government that listens to the people

Mr Rene said “Seychelles has developped very fast as a country” adding that “it took some time to educate our people and train them to become lawyers, ministers, doctors just to name a few”.

“Now we want to develop further and I am convinced we are making enormous progress in every aspect – education, health, tourism. I don’t think we would have achieved those if we had stayed under the British rule. We are a success in the eyes of the world. I am proud of the Seychelles we live in and what Parti Lepep (formerly SPUP and SPPF -- Seychelles People’s Progressive Front) is doing for Seychelles. No other country in the world has been able to achieve such development in a short time and in a very organised way. We have made mistakes along the way like everybody, but we have been able to correct these mistakes and are still correcting others. The present government listens to the people and looks for solutions to their problems,” continued Mr Rene.

Why the coup d’Etat?

“We decided to change course with SDP after independence because Mr (James) Mancham was against development in Seychelles. He even said that a president should be elected for life. Those who can still remember will agree with me he spent little time in Seychelles and we had to do most of the work but in the end he did not give his approval. This is why many people opted for a change without any bloodshed. Unfortunately a few people who were involved in this mission died but it was not intentional. After taking control of the country, we changed the whole system by organising popular election, made education free for everyone, and set up the National Youth Service (NYS) among other developments. We opted for the NYS because at that time there were still different classes – white and black – and we decided to get all youngsters to live together as brothers and friends. This created the basis of our development,” Mr Rene explained.

Under Mr Rene’s rule, Seychelles chose to follow the socialist system but for the past 16 years under the leadership of President James Michel, we have seen the country move into some form of capitalism.

And what does Mr Rene has to say about this?

“Sometimes we play with the words socialism and capitalism. We have a democratic society which depends on both the socialism and capitalism aspects. We have free education and health. This is socialism, but it is supported by capitalism, that is people who work and companies have to pay taxes and duties to support the socialism part of our democratic system. Socialism does not bring money. Capitalism on its own is unjust. We are right in the middle as we believe the two compensate each other and are good for the country.”

Although Seychelles has made a lot of progress over the last 40 years, a section of the population is still not happy with what is being done and want a change of government.

Why is this so?

“Those people only want to be in power. They want to control the country and want us to go back to the pre-independence era. At that time those who had a lot of money were in charge of everything. Frankly, I would be afraid to see Parti Lepep lose the elections because in my opinion they (the opposition) will bring some measures which will not be good for the country. I know that Parti Lepep will continue dedicating itself to the people of Seychelles.  This is what counts,” said Mr Rene.

Mr Rene says that National Day being celebrated on June 29 is another proof that Parti Lepep listens to the people.

“They wanted to see June 29 as the National Day and it is a fact now. On June 18, 1993, we reintroduced democracy after the coup d’Etat of June 5, 1977. But still some people were not happy with June 18 as National Day and I believe June 29 is a more appropriate date,” he said.

As for the future, Mr Rene is calling on the younger generation to make the most of the opportunities being given to them.

“The doors of opportunities are wide open but it depends on the young generation to walk in and train themselves to take on the new responsibilities. The world has recognised Seychelles as the former colony that has made the most significant progress. When I look around, I see a lot of foreigners and I urge young Seychellois to follow training to take over from those foreigners. Seychellois can do most of the work being done by foreigners,” he explained.