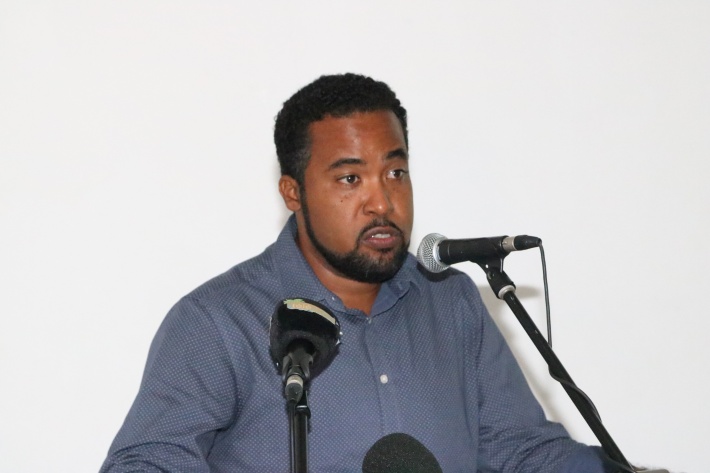 New forms to be filled in by incoming passengers

A cross-sector meeting and briefing was organised yesterday by the Integrated Disease Surveillance and Response Committee (IDSR) on the current Ebola outbreak in the Democratic Republic of Congo as a public health event of international concern (PHEIC).

This meeting, attended by representatives from various public and private companies who deal mainly with incoming tourists and parcels, was held at the Sheikh Khalifa diagnostic centre conference room at the Seychelles Hospital.

Dr Jude Gedeon gave an explanation on what is Ebola and noted that “one of the recommendations from WHO is that National Authorities should work with airlines, airports and other transport and tourism industries to encourage communication and collaboration across industries, and to ensure that the measures adopted are in line with WHO guidance for travel and transport during outbreaks. In order to do that a new form will be distributed to all airlines serving our country where the passengers should fill it before disembarking. It will contain details of their latest travels and health status. They will not be allowed to come out of the plane without filling it in. All forms will be made available by Friday. This will be a requirement as of now”.

No case of Ebola has been detected in Seychelles recently, but being a small island, all measures should be in place to deal with the situation if there is any case.

“Part of the Anse Royale hospital has been prepared for any situation where symptoms of EVB is being detected. The government is on the way to construct a new isolation facility at the Seychelles Hospital and we hope it will be ready by next year. Even part of the Police Academy at Pointe Larue will be considered if need be.”

Dr Jastin Bibi also explained to the participants the EVB and what kind of support is needed to prevent it from expanding further. He also gave an overview of the current situation of the outbreak in the Democratic Republic of Congo.

Leon Biscornet, the chief of the Laboratory services, explained that “it can be difficult to clinically distinguish EVD from other infectious diseases such as malaria, typhoid fever and meningitis. When we have a suspected case, we have to send the sample to different countries for tests. We have been having some difficulties with the courier services or even airlines to take our sample, even if we abide by all IOTA laws. We make an appeal to all these stakeholders to cooperate with us so that we can know the results of the sample and come to a conclusive decision”.

Ebola Virus Disease (EVD) is a rare and deadly disease most commonly affecting people and nonhuman primates (monkeys, gorillas, and chimpanzees). Scientists think people are initially infected with Ebola virus through contact with an infected animal, such as a fruit bat or nonhuman primate. This is called a spillover event. After that, the virus spreads from person to person, potentially affecting a large number of people. The virus spreads through direct contact (such as through broken skin or mucous membranes in the eyes, nose, or mouth) with: Blood or body fluids (urine, saliva, sweat, feces, vomit, breast milk, and semen) of a person who is sick with or has died from EVD; objects (such as needles and syringes) contaminated with body fluids from a person sick with EVD or the body of a person who died from EVD; infected fruit bats or nonhuman primates (such as apes and monkeys) and semen from a man who recovered from EVD (through oral, vaginal, or anal sex). The virus can remain in certain bodily fluids (including semen) of a patient who has recovered from EVD, even if they no longer have symptoms of severe illness.

The incubation period, that is, the time interval from infection with the virus to onset of symptoms, is from 2 to 21 days. A person infected with Ebola cannot spread the disease until they develop symptoms. Symptoms of EVD can be sudden and include: fever, fatigue, muscle pain, headache and sore throat. This is followed by: vomiting, diarrhoea, rash and impaired kidney and liver function

Anyone suffering from these symptoms should immediately contact the hospital. 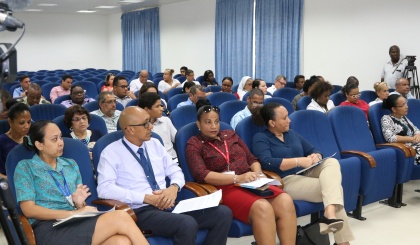 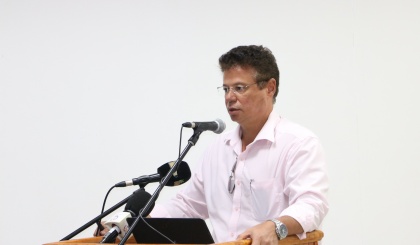 With the re-opening of the Seychelles International Airport | 29.07.2020