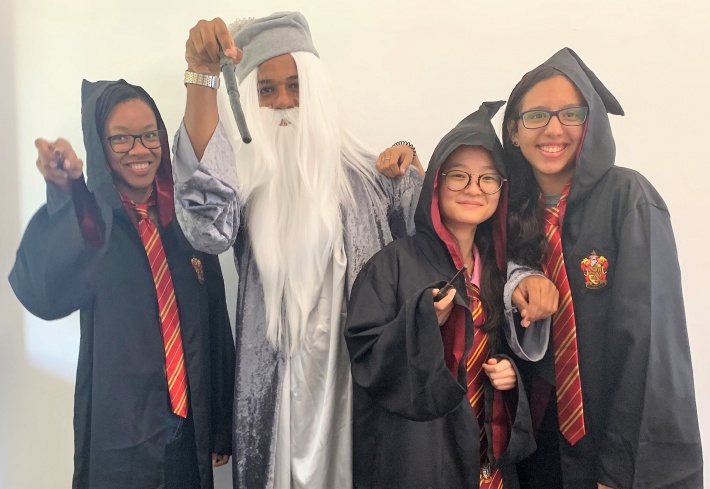 All set and ready for the big show

Tomorrow, Friday August 9 at the ICCS the stage will come alight with song, dance and drama.

From 6.30pm, over 150 Independent School students from primary, secondary and A-Levels will entertain with a variety of acts in their Silver Anniversary Spectacular! The show is in celebration of the school’s 25th anniversary, which has been celebrated throughout the year.

From the cute costumes of the tiniest dancers through to the top hats and canes of the finale, the show will be filled with colour and music. The stage will shake to the sounds of the 1960s all the way to the present as the students take the audience on a trip through time. Starting with Regina Mundi, the story of the creation of Independent School weaves through each decade with memorable music and dances from the various periods.

The original idea was thought up by two of the school’s teachers, with nine other dance, drama and music teachers joining in. The combined efforts of the staff have produced a dazzling show with scenes from NYS, ‘90s dance battles, a wedding, and even a little Harry Potter. How on earth does Harry Potter feature in a play about the school? Well, you’ll have to come along and find out.

The event is a celebration of the determination of a small group of people to establish an independent, high-achieving school for Seychellois children. It will bring together the founders of the school, specially invited guests, past and present teachers, students, and parents, and interested members of the public. All are welcome at this anniversary spectacular.

During the Friday show’s interval, audience members will also be able to view an interesting display about the school set up by the PTA while nibbling cheese and sipping wine. There is also a 3pm show on Saturday August 10. Tickets are on sale for R100 at both the Union Vale and Ile du Port campuses from 2.30pm each weekday. Children and students get the discounted price of R50. Tickets are selling fast so there’s no guarantee of sales at the door: get in quick!