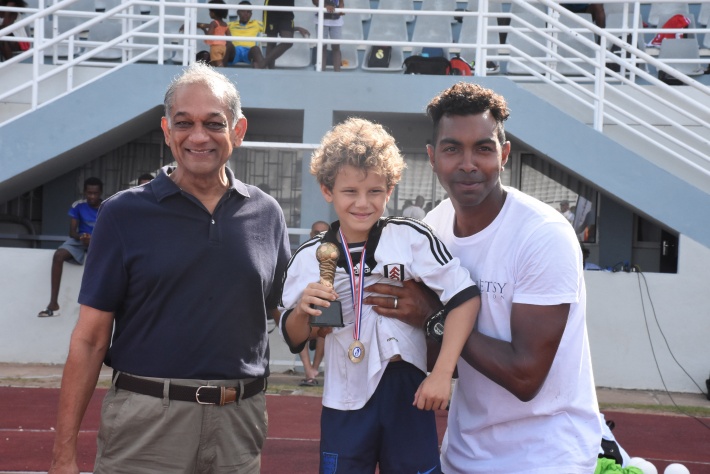 Cameron Mondon, the tournament’s most hardworking player, is held aloft by Mr Patel and Kevin Betsy

English River are the grand winners of the first ever 8-a-side Suketu Patel Cup for the under-16, hosted by ex-professional footballer Kevin Betsy.

In the final match of the tournament on Saturday at Stad Linite, English River edged out Pointe Larue 4-3 in a penalty shootout after the matched ended on a 0-0 draw.

Cameron Mondon of the Futuro Sports team was awarded as the tournament’s most hardworking player.

The winners received their medals and trophies from Mr Patel, former chairman of the Seychelles Football Federation (SFF).

During his stay in the country, Betsy, who is presently the head coach of the England under-17 selection, has donated football equipment to the inners island schools and also hosted a coaching session.

The events are part of the activities of the Kevin Betsy Foundation. 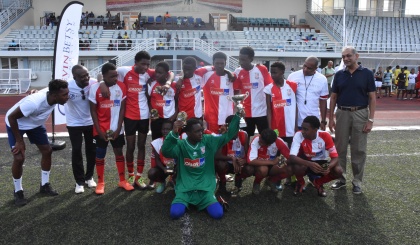