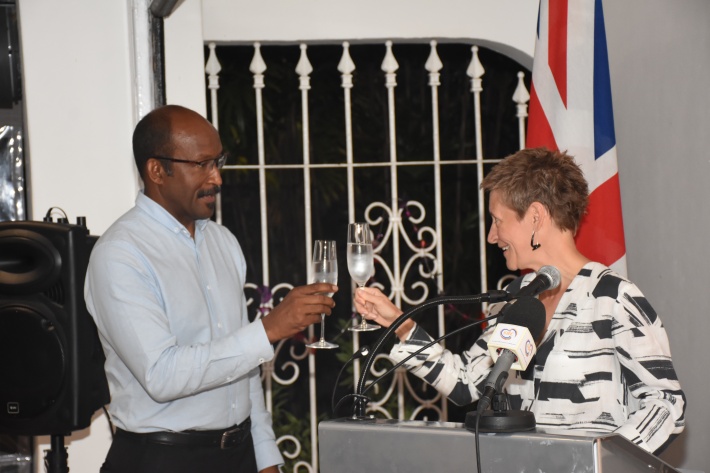 Outgoing British High Commissioner Caron Röhsler has urged Seychelles to continue on in its path of development and achievements as she bids the country farewell.

She noted that nation building “is a marathon, not a sprint” and therefore Seychelles should “keep on running in its pursuit of progress”.

High Commissioner Röhsler made the remarks yesterday evening during a farewell reception hosted at the British high commissioner’s residence in Bel Air to mark the end of her four-year posting in Seychelles.

The reception was attended by President Danny Faure, Vice-President Vincent Meriton, leader of the opposition in the National Assembly Wavel Ramkalawan, leader of government business Charles De Commarmond, members of the diplomatic corps, top government officials and other guests and friends of the HC.

During her four-year diplomatic tenure, HC Röhsler has proven to be a strong proponent of the environment, the Blue economy and maritime security, LGBTI rights and youth empowerment among others.

Seychelles happens to be the first country in which HC Röhsler was appointed as high commissioner.

In her farewell speech, HC Röhsler stated that Seychelles has experienced a remarkable degree of peaceful political development and institutional building over the past four years, adding that she is happy that the UK could have assisted as a like-minded partner to build and strengthen Seychelles’ democratic infrastructure.

Areas of cooperation between the two countries have been vast and wide-reaching with the most notable being parliamentary exchanges, the success of the recent Nekton Mission, regional maritime security, the Blue Economy and the Blue Economy Youth Internship Programme, conservation efforts and various leadership and educational programmes in the likes of the Chevening Scholarship, Commonwealth Points of Light and Queen’s Young Leaders.

“I will continue to follow development in Seychelles with affection and interest,” HC Röhsler stated.

“What do I hope to see in the news headlines? More local participation in the Blue Economy; further advancement of equal rights for LGBTI+ people in Seychelles; success in tackling the drug abuse problem; results from the Anti Corruption Commission, Electoral Commission and the Truth, Reconciliation and National Unity Commission; and peaceful and well-run elections in 2020 with the youth actively engaged.”

“The United Kingdom and Seychelles have progressed on a path of continued success and prosperity. On our journey as partners we have collaborated in key areas of common interest and shared concerns.”

“We note with great appreciation your remarkable contribution in deepening collaboration in areas across a multitude of sectors for the well-being of both of our peoples,” VP Meriton stated.

He added that the UK continues to play a pivotal role in promoting small island developing states including Seychelles in the Commonwealth and the United Nations which has enabled Seychelles to achieve key accomplishments such as the launching of the Blue Economy strategic network and roadmap in 2018.

VP Meriton further acknowledged HC Röhsler’s efforts in the re-introduction of direct flights from Seychelles and the UK with the return of the British Airways in 2018, which has in turn increased the number of British visitors entering the country.

“As we underscore the achievements of our enduring friendship, we must also appreciate your personal investment in bettering our collaboration in fields such as intelligence sharing, civil society engagement, the Blue Economy, climate change and environment protection,” VP Meriton added.

HC Röhsler’s next posting will be in the Maldives as from September where she has been appointed as Her Majesty’s Ambassador and where she will be opening the UK’s first resident embassy in the country’s capital, Malé.

Patrick Lynch has been appointed as her successor and is expected to take up his appointment in August 2019. It will be his first appointment as a high commissioner.

Speaking to Seychelles NATION, HC Röhsler has described it as a great honour to have served in the Seychelles and to have had President Faure attend her farewell reception.

On a non-professional basis, her highlights of Seychelles have been her many hikes and participation in the beach clean-ups with the Ocean Project.

“There were a lot of firsts for me as a diplomat, it was my first time as a head of post and it was a great honour to present my credentials for the first time[…]When I first came here, I thought it was a small place and it’d be easier to do everything but the smallness presents just as many problems as bigness does as well.”

“It has opened my world and my mind to a whole new part of the world.”

HC Röhsler will meet President Faure at State House today before she leaves the country. 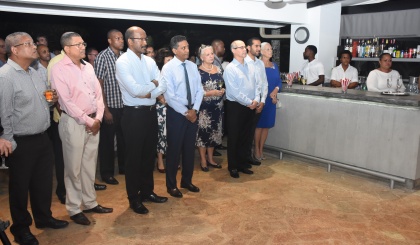 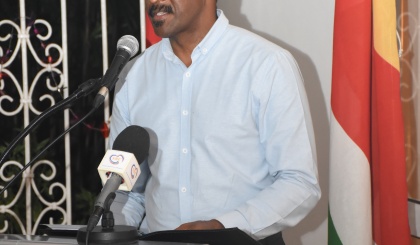 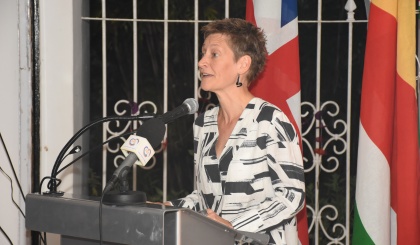 HC Röhsler addressing the gathering at the reception