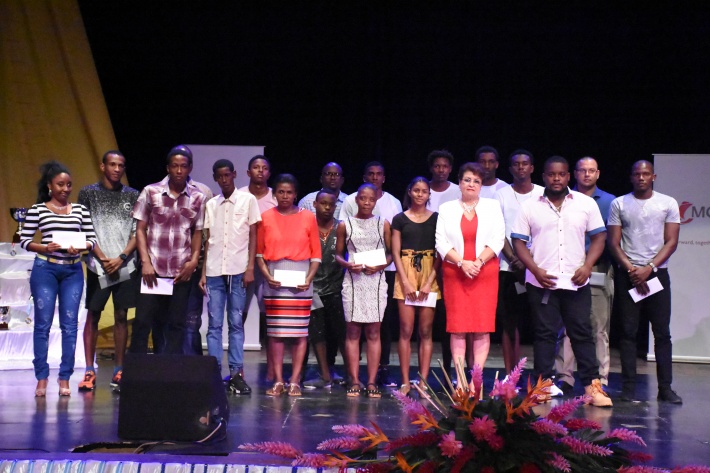 Seychellois medallists at the 10th Indian Ocean Islands Games held in Mauritius last month, received their rewards totalling to around R3.5 million in a ceremony on Wednesday.

The ceremony took place at the International Conference Centre Seychelles (ICCS) and was attended by Vice-President VincentMeriton, Designated Minister Macsuzy Mondon, ministers, president of the Seychelles Olympic and Commonwealth Games Association (Socga) Antonio Gopal, who is also the president of the Conseil International des Jeux (Cij) which runs the Indian Ocean Islands Games (IOIG), as well as athletes although not all those who competed in Mauritius were present despite being invited to attend.

At the last IOIG, Seychelles finished fourth overall after harvesting a grand total of 110 medals, consisting of 28 gold, 32 silver and 50 bronze, totalling to around R3.5 million.

As a boost, the All Weather Builders Company offered an extra R10,000 voucher for each gold medal winner.

Other than congratulating the athletes for their hard work and dedication, Designated Minister Mondon also highlighted that the gathering was to honour the commitment she made on behalf of the government prior to the Games to reward all those who won medals.

She also encouraged all athletes who did not win medals at all, or not the medal they wished for, to keep persevering in their training and to keep improving their performance.

Mrs Mondon also encouraged the athletes to keep their focus on their training and performance as more opportunities will come up for them.

She added that there are a lot of lessons to be learned from the 10th Games and she also encouraged the sports federations and associations to set up solid four-year development plans based on this year’s Games.

In Mauritius, female swimmer Felicity Passon became Seychelles’ most decorated athlete in the 40-year history of the Games with 11 medals – seven gold, three silver and one bronze – won in the Côte d’Or swimming pool.

Another swimmer, Shrone Austin held the previous record of seven gold, one silver and two bronze medals and she achieved the feat at the 7th Games in Madagascar in 2007.

The Seychellois medallists at the 10th IOIG: 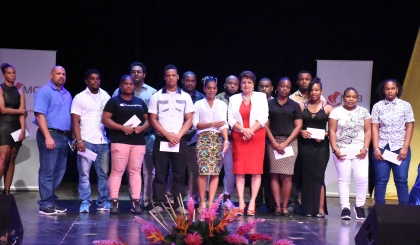 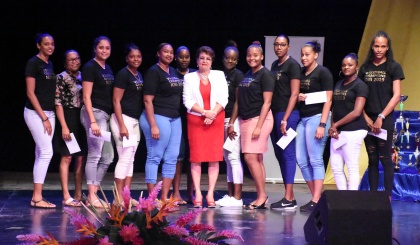