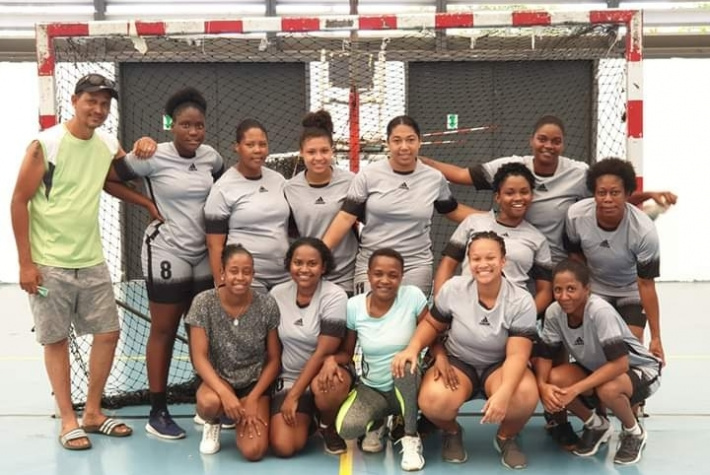 Almost halfway through the second round of the Mohan Shopping Center-sponsored league, things are heating in both leagues with MF Storm and Super 8 presently leading the standings.

In the women’s league, MF Storm of coach Michel Dugasse are presently on top after collecting a maximum 18 points from six victories in as many matches.

With only two league matches left for them to play, they have scored 169 goals while conceding 92.

Au Cap Sisters are occupying the second overall spot on the league table after four wins and a single loss from five matches.

Their total point tally is 13 points while their goal record is 167 for and 80 against.

Anse Royale Sisters are presently third in the women’s ranking on 10 points from two wins and four losses after six encounters.

Also on two wins are fourth-placed Pearl United who have played a match less. They have nine points after two wins and three losses from five matches.

With five points after six defeats in as many encounters, including one walkover, APC Sisters are carrying the weight of the league table. They have scored 65 goals and conceded 167.

In the men’s league, things are boiling up as Super 8 are temporarily on top with 16 points after five wins and a loss in six matches.

With 251 goals for and 160 against, their top spot is not guaranteed as second-placed Durantha Brothers, who are on maximum 15 points, have one match in hand.

They have five wins with 224 goals scored and 111 conceded.

A defeat will level them with Super 8, while a draw or victory will give them the lead.

AC Brothers are presently third in the men’s ranking on 11 points after three wins and two losses in five matches. The goal record is 182 scored with 120 conceded.

With a single win and five defeats out of six matches, Silver Stars are presently fourth overall on seven points. They have scored only 119 goals while conceding 238.

Six points from six defeats in as many matches, Pointe Larue are presently last on the table. Their record is 129 goals scored with 276 conceded.