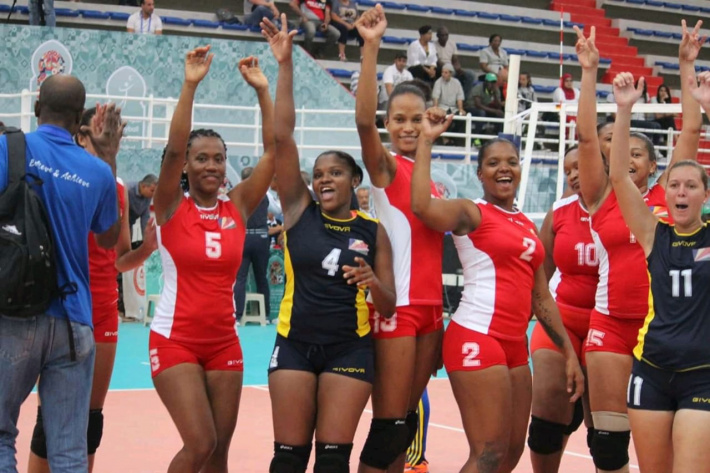 The women’s volleyballers beat their opponents from Nigeria yesterday

The Seychelles women’s volleyball team have made a good start in pool A at the ongoing 12th African Games in Rabat, Morocco, by downing Nigeria yesterday.

Their next match is against Morroco on Saturday and they will meet Botswana in their final pool game on Monday August 26.

Pool B is made up of Kenya, Cameroon and Senegal. The top two teams in each pool will progress to the cross knockout semifinals.

A day after giving Seychelles its first gold medal – a gold in the 200m backstroke – at the ongoing 12th African Games in Rabat, Morocco, Felicity Passon dived into the Mohammed V Olympic Swimming Pool again yesterday but did not finish among the medals this time.

Passon could only finish fifth in the 50m butterfly final in a new Seychelles record time of 27.43 seconds. The gold medal was won by Egyptian Farida Osman in 25.94 seconds and the silver went to South African Erin Gallagher in 26.24 seconds, while her compatriot Emma Chellius settled for the bronze medal with 27.40 seconds.

Four other Seychellois swimmers were also in action yesterday.

As for the Bachmann brothers – Simon and Mathieu – they swam the 50m butterfly event. Mathieu finished 17th out of 34 with 25.99 seconds and Simon was ranked 23rd with 26.98 seconds.

Andrique Allisop has won a bye into the eighth final of the 63kg class where he will meet either Moroccan Nadir Abdelhaq or Tunisian Ben Haj Aouina Akrem.

As for Shain Boniface, he was up against Mauritian Merven Clair in the 69kg category last night and lost 0-5.