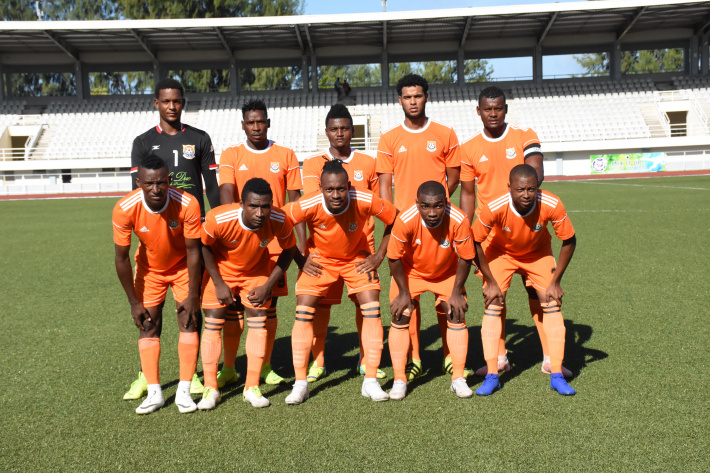 Ugandan Tony Kizito’s late strike earned Côte d’Or a 1-1 draw against Fomboni FC of the Comoros yesterday at Stad Linite for a 3-3 aggregate score and qualification to the next round of the Confédération Africaine de Football Champions League on the away goals rule.

After throwing away a two-goal cushion to register a 2-2 away draw in Moroni on Sunday August 11, 2019, Côte d’Or needed to avoid a defeat or a draw with three or more goals scored if they wanted to progress past the preliminary round of Africa’s premier club competition.

Perry Monnaie had the best chance to give Côte d’Or the lead in the 69th minute but his effort ricocheted off the post.

The visitors took the lead against the run of play through substitute Nourdine Mouhtare in the 88th minute after Côte d’Or goalkeeper Neddy Lesperance was caught in no man’s land. But when the Comorians thought they had wrapped up the match, Ugandan Tony Kizito broke their heart with the equalising goal in the 91st minute after getting a second bite of the cherry after Fomboni goalkeeper had blocked his first attempt.

Although he was not too happy with his team’s display as they concentrated too much on defence although their play opened up late in the second half when they introduced more attacking players, coach James Barra was happy with the draw and qualification to the first round.

With the 1-1 draw, Côte d’Or are in the first round of the Caf Champions League for the first time where they will play either last season's South African Premier Soccer League (PSL) title winners Mamelodi Sundowns or AS Otoho d'Oyo, the champions of Congo-Brazzaville.

AS Otoho d'Oyo go into today’s second leg match at the Lucas Moripe Stadium in South Africa with a 2-1 advantage.

But Mamelodi Sundowns central defender Mosa Lebusa is confident they will overturn the deficit.

Meanwhile, a second Seychelles club, St Louis, will be in action tomorrow at 4pm at Stad Linite against TS Galaxy of South Africa in the Caf Confederations Cup.

In the away match, Gran Kaz Cup winners St Louis lost 0-1 to TS Galaxy at the Mbombela United Stadium.

TS Galaxy found the breakthrough five minutes before the break through Sizwe Mdlinzo for a 1-0 advantage which they held on to until the final whistle.

A 1-0 win for St Louis will mean a penalty shootout to determine who progress to the first round.

A win by any other score will see St Louis edge out the South Africa side.