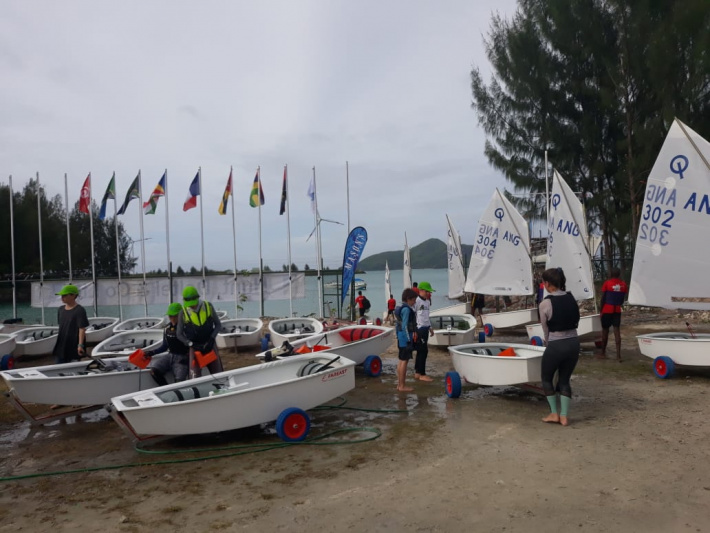 Competitive racing will start tomorrow in the Optimist African Championship after the last two teams complete their registration formalities today.

The young sailors will be in action in the sea near Perseverance as from tomorrow until Saturday August 31.

Seychelles Yachting Association chairman Alain Alcindor told Sports NATION yesterday that Tunisia and Reunion were the last two teams to arrive on Sunday and that they will complete their registration formalities today.

Also today, there will be practice races to get the young sailors acquainted to the wind and sea conditions. The official opening ceremony is at 5.30pm at the Berjaya Beau Vallon Bay Hotel where all sailors are staying.

There will be three individual races tomorrow and three on Wednesday. Thursday is reserved for team racing competition before the individual racing resumes on Friday with three races. The final three races are to take place on Saturday August 31.

Other than hosts Seychelles, Reunion and Tunisia, five other countries namely Mauritius, Angola, Mozambique, South Africa and Tanzania are taking part in the championship.

Seychelles is represented at the championship by eight sailors – six boys and two girls. The boys are Luca Marzocchi, Yves Fock-Heng, Travis Ho-Peng, Dean Mathiot, Laurent Contoret and Fabio Bertola Thevenon, while the girls are Stephanie Lalande and Jakirah Radegonde.

The country received the green light to host the competition last year following an assessment visit by the vice-president of the IODA, Nuno Gomes, who checked the technical requirements of the competition.

For the team racing African championship, each event is organised for a maximum of 16 teams from members, represented by at least four competitors. Each team shall comprise four or five competitors of which four may sail in each race. Composition of teams is at the discretion of the member country.

If there are more than 16 eligible teams and the host member does not qualify a team, it will replace the last qualified team. 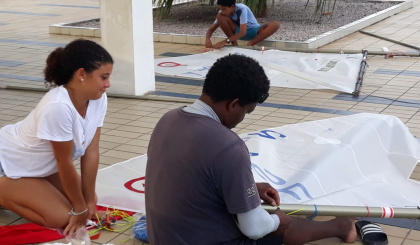