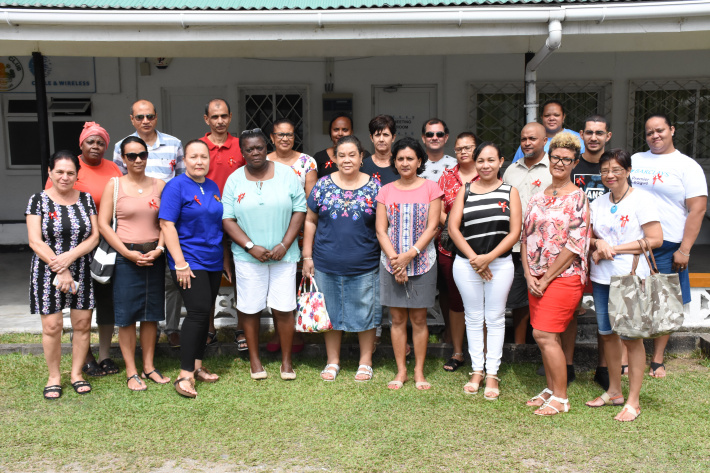 The foundation’s members in a souvenir photograph after the AGM

The Seychelles Stroke Foundation on Saturday held its annual general meeting at the Exiles Club, in which they introduced the members of the executive committee and discussed the numerous ways to raise awareness about stroke and to provide support to victims and loved ones of persons affected with stroke.

The meet commenced with a brief introduction of the executive committee, chaired by Noemie Woodcock, including treasurer Lysette Sullivan and other members Geralda Charlette, Nicole Grit and Carmel Constant.

Following the presentation of the overall aim of the organisation, members briefly recapped the signs and symptoms of stroke and advised how to react if a person is suffering from a stroke, noting that strokes are on the increase in Seychelles.

Chairperson Woodcock asserted the need to sensitise the public and to raise awareness about strokes in a bid to encourage people to adopt healthier lifestyles.

“The foundation is here for mainly two things. First off it aims to bring awareness and sensitise the public regarding stroke because according to the Ministry of Health, stroke is on the increase and more people, younger people between the age of 30 and 60 are having stroke attacks. The other purpose of the foundation is to help support and assist stroke survivors and their families as they need the physical, moral support,” said Mrs Woodcock.

“Before 2018, we did not hear much about stroke and I had not bothered to learn about stroke until it struck the family and close friends which is when we decided that something must be done to support the victims and stroke survivors. It is unfortunate that they lose loved ones from stroke but we think it is just as important to help the families who have lost a loved one,” Mrs Woodcock noted.

She noted that the foundation was formed in February 2018 when her own family was struck by stroke, and her 55-year-old brother passed away from a stroke attack. It was then that the family decided to form the foundation to raise awareness and encourage more balanced lifestyles as they realised that her father-in-law had also died from cerebral attacks.

Mrs Grit, a member of the foundation’s executive committee, notes that she joined the foundation to help create more awareness at societal-level on stroke prevention.

“It is also to empower the community on how they can identify certain signs and symptoms and be able to help their own family members because they are the only ones with the person before they receive medical attention from professionals,” Mrs Grit stated.

She noted that strokes can be caused by numerous factors such as lifestyle, predisposing diseases such as diabetes and hypertension and also stress.

“In our society, so many people are stressed and those within the ages of 35 to 60 are at risk of getting stroke attacks. Excessive smoking and drinking, obesity and lack of anything to distress you puts you at risk of stroke attack. Some people do not have any predisposing diseases but the amount of stress, excessive smoking and drinking which leads to constant headaches could lead to mild stroke. Depending on the type of stroke a person has, after care at home is quite important,” she said.

People who have suffered from stroke may require a speech therapist, occupational therapists, physiotherapy among other forms of treatment.

“Sometimes those with some parts of the body paralysed could need training like babies on how to do everything again. Some can regain their muscle but some can’t unfortunately. It is a process that will depend on how severe the attack was. The recovery has to be progressive and is usually done in collaboration with the patient, hospital and a supporting unit,” Mrs Grit added.

Asides from raising awareness, the foundation also provides support and assistance to stroke victims as well as their loved ones.

In a bid to raise money for the foundation and its causes, two dinner dances were organised, one in 2018 and the other was held earlier this year. The foundation is also selling a CD – Lanmour Formidab – featuring 12 songs by local artists, and t-shirts with the foundation logo.

The foundation is based in the Green Corner Building at Providence and can be contacted on 2516514. 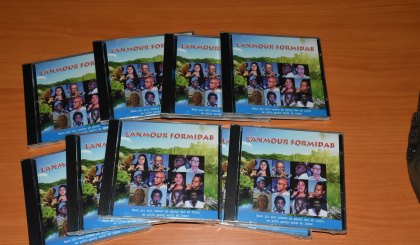 Copies of the CD on sale