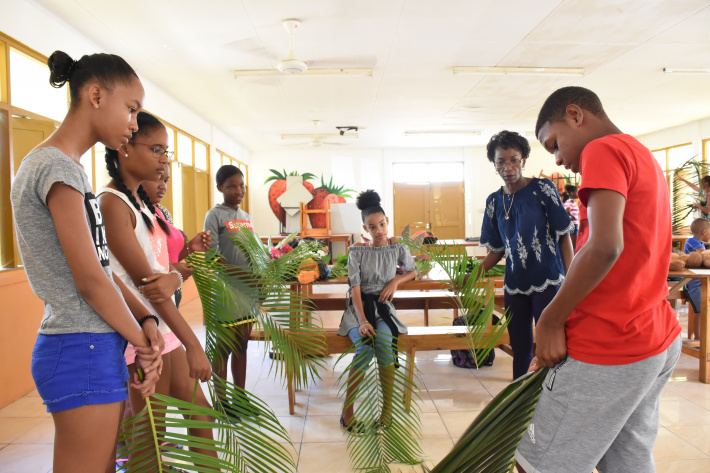 In the modernised world we live in, many young Seychellois are unaware about our traditional culture and it’s for this reason that the Duke of Edinburgh programme in collaboration with the Creole Institute organised a holiday activity for 25 secondary students from various schools recently at the Plaisance secondary school.

The activity was ran by youth workers from the Seychelles National Youth Council (SNYC), volunteers from the Creole Institute as well as retirees from the Homes of the Elderly.

The activities focused mainly on our Creole culture where the students were taught how to prepare ‘kat kat banann’, ‘nouga’ and ‘ladob’.

“Last year we partnered with the Creole Institute where kids learned about Creole cuisine and we thought why not partner with them again this year to have another activity,” said Shelly Lucas, a youth worker.

Ms Lucas added that the Duke Edinburgh award targets all secondary students and she noted that the students who took part in the activity are currently enrolled on the bronze programme.

On her part, the chief executive officer of the Creole Institute, Flora Ben David who spent the most of the morning teaching a group of kids how to make ‘kapatya’ said that the Creole Institute is going to the masses in order to give visibility to the Creole culture to the younger generation.

The students who took part in the activities were very eager to learn, they noted that it is very important to preserve our culture and tradition as this is what makes us Seychellois.

Formerly known as The President's Award Programme, the Duke of Edinburgh's Award programme has been delivered in all secondary schools across the country enabling young Seychellois to have the opportunity to equip themselves with life skills that they will need in the future.

The Duke of Edinburgh's Award programme takes between one and four years to complete, and the students must complete it before they celebrate their 25th birthday.

There are around 300,000 participants annually around the world. The programme is at three progressive levels which, if successfully completed, lead to a Bronze, Silver, or Gold Duke of Edinburgh's Award.

With help from adult leaders, those who take part select and set objectives in each of the following areas which include:

Volunteering: undertaking service to individuals or the community.

Physical: improving fitness through sport, dance or other activity.

Expedition: planning, training for and completing an adventurous journey. 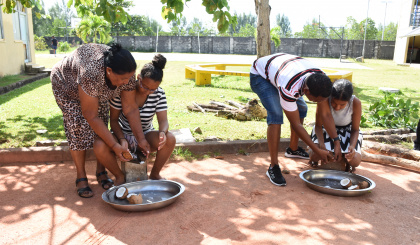