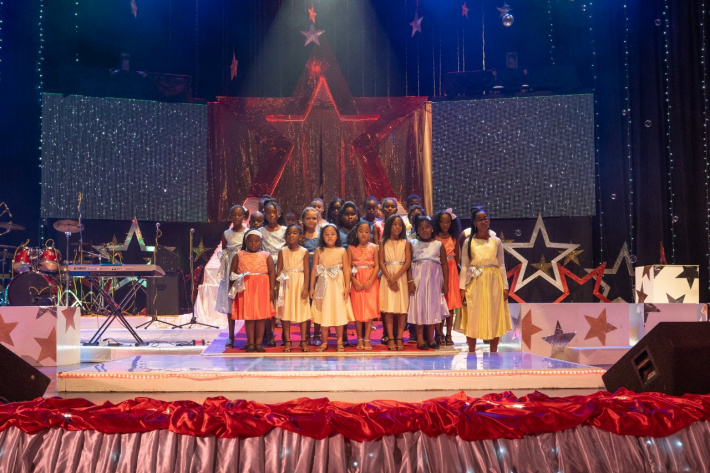 Not a contest, the Twinkle Twinkle Little Star show has established itself as the leading singing show as many young girls and boys who have taken part in the previous shows have risen to the top in singing in Seychelles.

This year, only one boy, Nathan Vidot, dared challenge the 15 young girls on stage inside a packed International Conference Centre Seychelles for two days – Saturday and Sunday.

The theme chosen for this year’s show was simply ‘Stars’ and the young stars did not disappoint as they performed admirably for their parents, siblings, guests and friends.

Once again, creator and artistic director of the Twinkle Twinkle Little Star, Bennett Accouche, commonly known as Sir Bennett, did a great job preparing the little stars so that they could shine on stage.

Just to note that Tyra Telemaque is the daughter of female singer Mia and musician/producer Eddy Telemaque. She features on the song Ekout lavwa bann zanfan sung by her parents on Mia’s debut album entitled ‘PREZAN’ and June Bibi interpreted the same song during the show.

There were appearances by Kelly Mathiot with the song Trankilite, the father and daughter duo of Leo and Chloe Hoareau with Only you, the Twinkle band with Just and illusion, Joe Samy and the Twinkle choir with Victoria, Mira Janovic with the French version of La Digue – a song written and sung by Joe Samy who earned the Chevalier de l’Ordre des Arts et des Lettres title in 2014 –, and the Twinkle choir and Darren Bonnelame with Sing a song for the children.

Michel Denousse captured the little stars and guests in action and we share with you some of the photos he has taken. 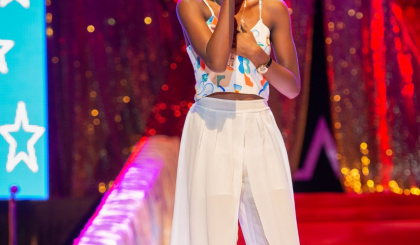 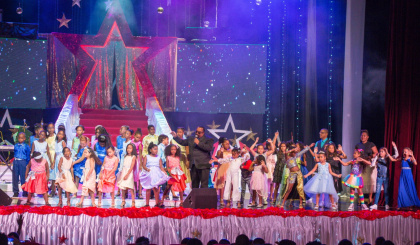 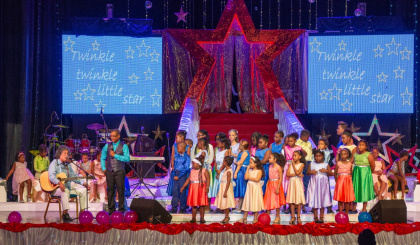 Joe Samy and the Twinkle choir 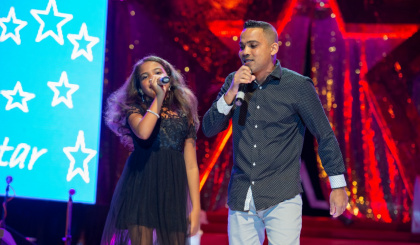 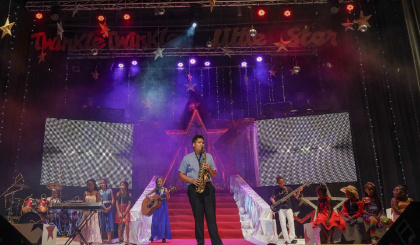