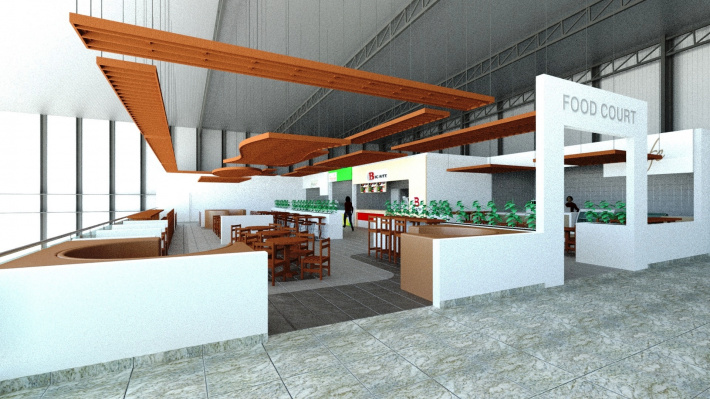 Tenders are out for the development of the first floor of the Bois de Rose shopping complex, where food outlets, a food court and line shops are to be constructed.

The shopping complex is owned by Bois de Rose Investment Ltd which is a subsidiary of the Société Seychelloise d’Investissement (SSI).

The ambitious project is the second phase of the Bois de Rose shopping complex development which initially opened its doors to the Seychellois public in 2015, with the STC Hypermarket taking centre stage on the ground floor as the largest tenant.

The concept was developed some years ago by the former management team and board of the SSI with the aim of adding value to the location and increasing the number of visitors to the shopping complex, which in turn will help tenants with their businesses.

According to statistics collected and provided by the STC, around 4,000 people visit the Bois de Rose shopping complex each …..month.

SSI’s business development and investment executive, Nadine Woodcock, noted that SSI’s initial aim to encourage more people to visit the location remains the same even with the change in board of directors.

“The project concept has been around for quite a while but it was put on hold for various reasons. But the new SSI board wants this project to happen,” Ms Woodcock noted.
“This second phase of development is basically an expansion inside the complex for the first floor above the current line shops on the ground floor. It will consist of a food court area and additional line shops. In total there will be seven line shops, one children’s playroom, three kitchen outlets and one coffee shop,” she detailed.

The project team has set out to start the construction in October this year and is already undertaking the tender process for both the contractors and for the tenants.

Unlike for most projects, the tender processes for tenants as well as for the contractors are being conducted simultaneously in order to allow the tenants to actively engage themselves with how their leased spaces are being built.

“This is because we want to ensure that prospective tenants are onboard when we start construction, so whoever is awarded will have the opportunity to discuss with our project manager and the technical team regarding elements such as wiring, lighting, and tiles during the construction phase,” explained Ms Woodcock.

Ms Woodcock noted that although over 30 interested parties have purchased the tender documents for the line shops and kitchen outlets, the tender for contractors is going at a much slower pace.

This is mainly due to the fact that only class 1 contractors can apply as well as for the particular specificities placed on the bidding contractors by ‘Advantage Seychelles’, the project management company undertaking this development.

“Advantage Seychelles, a South African company operating an office in Seychelles, uses JBCC contracts which is a bit different from what the local contractors are used to which is Fidic. There is a limited selection of contractors who are used to JBCC so we expect a low number of participating contractors,” Ms Woodcock stated.

The tender applications for both contractors and tenants are expected to be considered by the project’s evaluation committee after which their recommendations will be brought to the SSI board of directors for approval.

“According to our procurement policy, we will then release the outcome of the tender to all participants and we have a 10-day cooling off period for bidders who want to appeal the decisions,” Ms Woodcock stated.

Successful applicants who decide to withdraw from the project will have to pay a penalty fee, Ms Woodcock added.

If all goes according to plan, the second phase of the Bois de Rose shopping complex will be completed by July or August 2020.