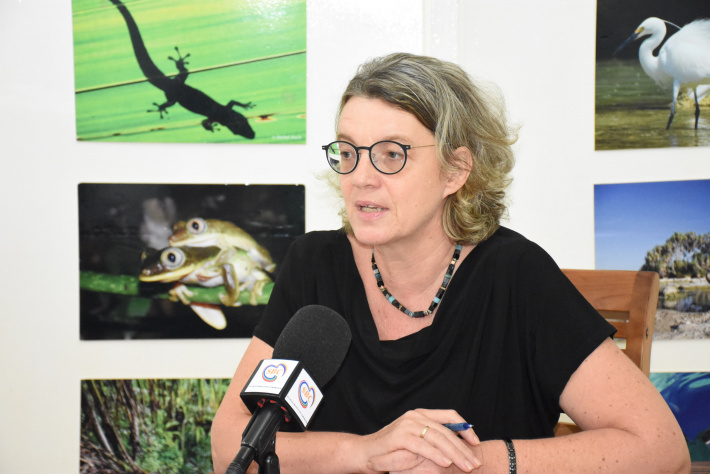 A task force comprising 18 employees, set up by the Seychelles Islands Foundation last week, has started a project to tackle the invasion of yellow crazy ants in United Nations Educational, Scientific and Cultural Organisation world heritage site, the Vallée de Mai on Praslin.

In a press conference held at the Seychelles Islands Foundation (SIF) head office on Friday afternoon, the chief executive of SIF, Frauke Fleischer Dogley noted that the invasive ant species have been identified as a threat to the Vallée de Mai, and since 2016, the yellow crazy ants have overtaken the forest completely.

“We are so concerned because we know that they are able to completely break down eco-system services so we need to be extremely cautious about that. As you know, the Vallée de Mai is the home of our key species such as the coco-de-mer and for it to thrive, it depends on functioning eco-system processes such as pollination, nutrient cycle and therefore, we are concerned that if the yellow crazy ants are going to attack especially the pollinators of the coco-de-mer, it would mean that there would be no fruits or no new coco-de-mer and therefore the whole cycle of regeneration may be affected. That is just a snippet of what could happen if we do not actively take control of the situation,” Mrs Fleischer Dogley explained.

Yellow crazy ants are considered one of the top 100 worst invasive species in the global invasive species database and can cause severe damage to native wildlife when they invade. They were first recorded in Seychelles on Mahe in 1962 and rapidly spread to neighbouring islands.

According to CEO Fleischer Dogley, the ants attack wildlife such as skinks and geckos with their formic acid spray which has the potential to blind such insects and animals. This makes yellow crazy ants a threat not only to other species, but also to the fragile palm forest eco-system.

While the SIF previously attempted to control the number of yellow crazy ants in the forest through the use of boric acid bait systems, these were unsuccessful in reducing yellow crazy ants abundance or distribution, which now extends across the entire site.

After extensive research, the Ministry of Environment, Energy and Climate Change (MECC) and the Seychelles Pesticide Board approved the use of AntOff, a pesticide contained in granular pellets which is especially designed to combat ants and is the most successful pesticide against yellow crazy ants in the world.

The active ingredient in AntOff is fipronil, a pesticide which is toxic to ants but is contained in such miniscule quantities that do not pose a risk to other wildlife in the forest or to humans. The taskforce has already started spreading AntOff pellets throughout the forest since August 26, except in areas near waterways. The pesticide remains active for around six hours before it naturally breaks down. The reaming 99.99 percent of the bait is composed of fish meal, a paste which has been designed to be extremely attractive to ants. THE SIF will closely monitor the numbers of ants and other wildlife in the forest in the months following baiting to measure the impact.

SIF also commenced the monitoring process before the project in a bid to track and compare data as to how effective the project is.

“We have taken measures along the water streams so that the pesticide will not leak into the water system and the weather has been crucial in ensuring that the chemicals do not reach the water catchment areas. PUC has been taking samples before the deployment of the chemical and will continue to do so throughout the duration of the project,” Mrs Fleischer Dogley stated.

Mr Payet expressed that he is confident that the new method will have a significant impact in reducing and controlling the numbers of yellow crazy ants in the forest.

“The whole Vallée de Mai team is extremely motivated by this next phase in the yellow crazy ant control programme. I am pleased to work for this proactive organisation such as SIF which is leading the way in tackling this destructive invasive species in Seychelles,” he said.

Yellow crazy ants were first recorded in the Vallée de Mai in 2009.

The project is being funded by the Emergency Fund under the United Nations Educational, Scientific and Cultural Organisation (Unesco) Emergency Fund. The SIF will be granted US $96,000 to undertake the project in a phased approach. 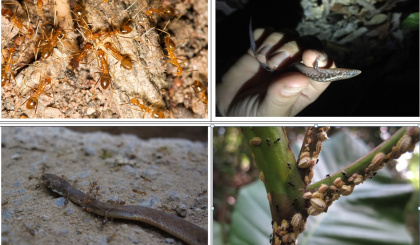