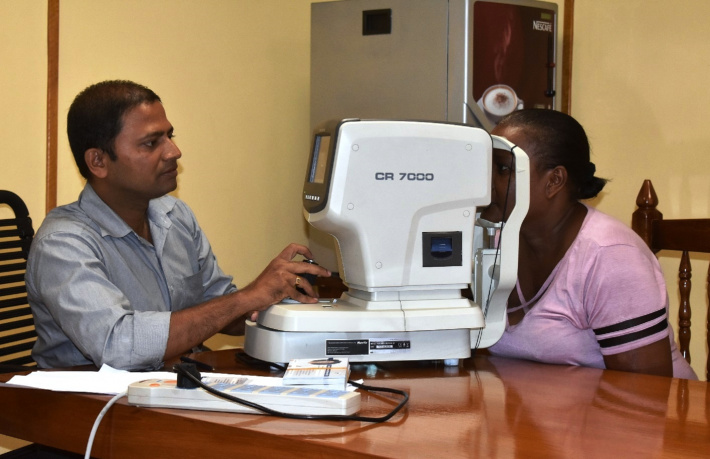 IDC staff have had their eyes examined to detect vision problems and eye disorders (Source: IDC)

Over 50 employees of the Island Development Company have had their eyes examined to detect vision problems and eye disorders during a free eye screening camp organised on Saturday by the Rising Lions Club Seychelles at the company’s head office at the New Port.

The eye screening, organised with the support of opticians from Optic Seychelles, started at 9am and extended through the early hours of the afternoon.  Over 50 employees had their eyes examined, in the brief exam aimed at detecting vision problems and eye disorders.

Chief executive of IDC, Glenny Savy made an appearance during the camp and thanked the Rising Lions for the initiative as well as the senior Lions from sister clubs who also brought their support for the camp.

According to Govin Pillay, a member of the Rising Lions Club, welfare officers from IDC requested such a camp and collaborated with the club to realise it.

“Eye care is important and we find that from our previous eye screening camps, quite a lot of people have undetected vision problems. Eye screening should be part of everyone’s regular health routine but most people tend to overlook the importance of screenings until they start to encounter problems and symptoms,” he said.

Of the employees screened, a number were found to have some sort of vision or eye problem and have been referred to relevant health facilities. 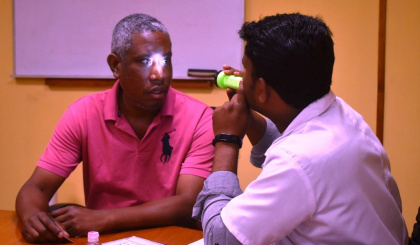