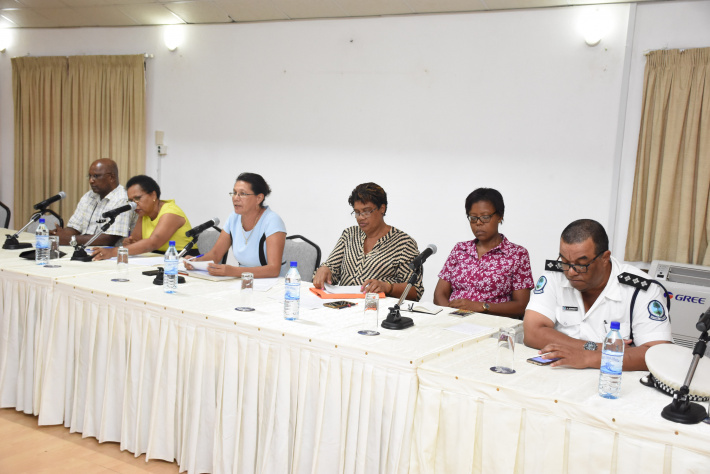 Secondary one, four and five students of Belonie secondary school as well as La Rosière primary school students will remain at home for yet another week.

Officials of the Ministry of Education and Human Resource Development confirmed that the start of term for these students will be on Monday September 16 instead of September 9 like the rest of state primary and secondary schools across the country.

Parents of students attending Belonie secondary school were made aware of this change during a follow-up meeting with the ministry officials, where they were apprised of the constructions works, security measures being undertaken, transportation arrangements and other details.

Yesterday’s meeting was rift with concerns from parents who were not happy with the SPTC school bus schedule to bring the students to Nisti.

SPTC was proposing three busses that will pick up students from Sans Soucis and Mont Buxton at 6am for them to catch the buses heading to Nisti which will start leaving platform G at the central bus station as from 6.15am.

These busses are expected to pick up students on bus stops along the way notably at the ex-Vines, Dan Koko, St Louis district administration and Le Niole.

Three large capacity buses have been designated for the Victoria-Bel Ombre morning journey, a feat which was not easy to accomplish since SPTC had not foreseen this situation.

In fact, SPTC had to remove the buses taking La Rosière students to and from Mont Fleuri in order to ease the new schedule for Belonie secondary students.

The La Rosière students will now be transported to Mont Fleuri using the services of a private bus contractor.

“The reason why the school buses need to leave so early is so that they can reach Bel Ombre at an adequate time to come back to town before the traffic in the north intensifies. If not, they will not be able to reach Victoria in time to pick up people who are heading off to work,” Mr Julie rationalised to the parents.

However, after parents insisted that it was too early for the students to head off to school, raising concern on their security on the streets at dusk, the officials noted that they will revisit the schedule. 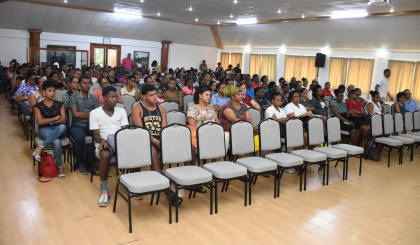