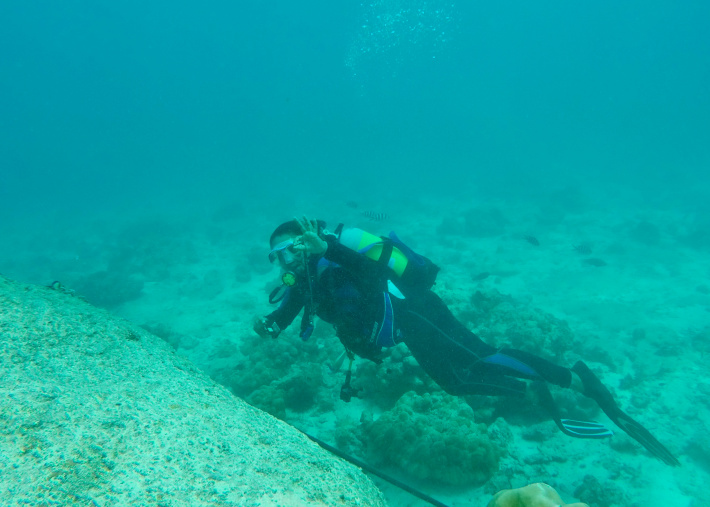 Crew members of the Curieuse Marine National Park of the Seychelles National Parks Authority will for the second consecutive year join a global exercise on Saturday September 21 by engaging in a ‘DAD dive’ as part of their activities to commemorate Clean Up the World weekend 2019.

DAD dive, or Dive Against Debris, is a unique global citizen science survey in which scuba divers around the world remove and report marine litter. It is one of the most impactful initiatives launched by project AWARE, a programme designed for divers by divers.

Since the first DAD dive in 2011, over one million pieces of trash have been collected, recorded and removed from our oceans. This staggering figure was recorded in 2018.

Project AWARE started off as an environmental ethic project in the late 80’s, initiated by the Professional Association of Diving Instructors (PADI®). It grew into a separate non-profit organisation which today, 27 years later has a global reach and passionate community working towards protecting the earth’s oceans.

The ‘Dive Against Debris’ initiative has inspired many other projects all over the world to take off including ‘Adopt a Site’ programme in 2016 which has seen over 200 committed dive centres and resorts from all over the world engage in ongoing protection and monitoring of their underwater sites.

The designated date for World Clean Up Day 2019 is September 21 under the theme ‘Yes, We Can Beat Plastic Pollution’, but with more wide-spread awareness and as more people jump on the ‘we need to save the Earth’ bandwagon, many countries and communities are extending the activities over a ‘Clean Up the World’ weekend, as opposed to just a day. The Seychelles National Parks Authority (SNPA) will in fact, kick start their activities on Friday September 20.

The SNPA has always been an active partner in Clean Up the World Campaign activities organised in Seychelles. Staff from the authority are deployed to various sites across the country, mostly in the national parks to remove litter, each year. Given that the SNPA manages the largest number of marine protected areas in the country, it has a vested interest in protecting marine life and this is one of the reasons it places much focus on marine clean-ups. The authority wants to raise greater awareness on the impact of marine debris on our fragile marine ecosystem.

Anto Suzette, assistant parks officer on Curieuse island, is leading the series of clean-ups in the Curieuse Marine National Park, which the SNPA will be undertaking for the occasion, covering Baie Laraie, Anse Jose, the GVI base and Caïman, on the first day.

The ‘DAD’ dive will take place on the second and final day will see the involvement of SNPA rangers, Octopus Dive Centre and White Tips Dive Centre (both Praslin-based) as well as Global Vision International staff. Only certified licensed divers can take part in the exercise. The dive itself will take place within the Curieuse Marine National Park waters.

The island of Curieuse lies approximately 2km off the northeast coast of Praslin. The present boundaries of the Curieuse Marine National Park enclose the whole of Curieuse and the entire channel between Curieuse and Praslin including St. Pierre and Chauve Souris. 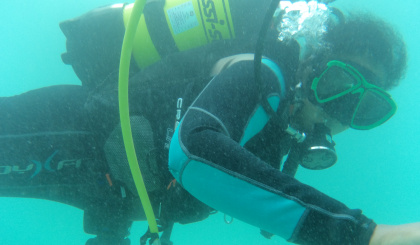 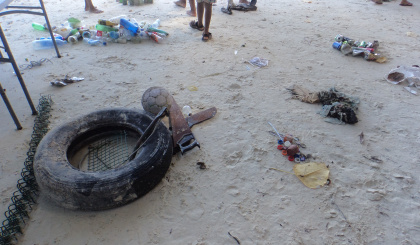