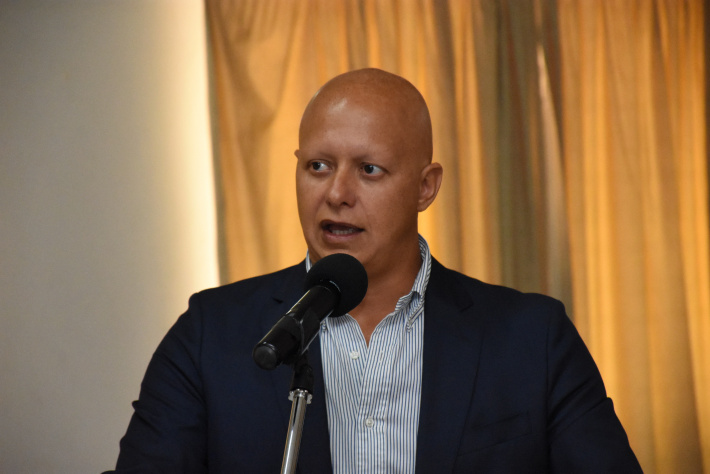 It was Joao Maciel from Energias de Portugal (EDP) who said this on Wednesday during the second consultative meeting for an Electricity Master Plan for Seychelles.

Mr Maciel, along with two other colleagues from EDP, were deliberating on several renewable energy options that Seychelles can adopt.

The meeting, attended by stakeholders from the public and private sector, was held at the Seychelles Trading Company (STC) conference room. It was organised by the Public Utilities Corporation (PUC) in collaboration with the Seychelles Energy Commission (Sec) and the Indian Ocean Commission (COI).

The aim of the meeting therefore was for the stakeholders from both the public and private sector to give their views on and concerns over a proposed plan by EDP on the future priorities of the sector.

Apart from energy through photovoltaic, the other proposed options for future renewable energy generation for Mahé, Praslin and La Digue were waste to energy, biodiesel energy and also wind energy.

In his opening remarks, the principal secretary for Energy and Climate Change, Wills Agricole, said that demand for electricity is increasing and in ten years from now it is expected to surpass 700GWh per year, almost double what it was two years ago.

PS Agricole added that the electricity master plan is vitally important because a reliable and up-to-date master plan will help Seychelles create a stable and predictable investment environment. It will also provide a framework for the expansion of renewable energy deployment and design of suitable energy and electricity sector policies.

Mr Agricole said the holistic plan will guide PUC in developing the electricity network in line with the transformation in the energy generation mix as laid out in the energy policy.

He noted that much has been done since Seychelles embarked on the transformation of its energy sector through the development and deployment of renewable energy resources and technologies as part of its role in mitigating the effects of climate change.

He further said that up to now, we have a 6MW wind farm plus 3.5MW of rooftop solar PV. In addition he noted we have the 5MW and 1MW solar farms on Ile de Romainville, plus the floating solar farm at Le Rocher in the pipeline which will all contribute to achieving the 5% renewable energy target by 2020.

After the presentation of several applicable renewable energy scenarios, Mr Maciel, who was leading the three-member delegation from EDP, said the photovoltaic energy system was the best solution here as Seychelles has a very good solar resource though with some constraints related to land scarcity and also the level the of forestation.

He said that through solar roof top and solar farms, Seychelles can achieve the targeted 15% renewable energy by 2030.

He further said that waste to renewable energy can be included as the second best option.

The chief executive of PUC, Philip Morin, said that the company already has the old electricity master plan commissioned some years ago but it is being revamped with renewable energy concepts and other energy solutions like LNG, for reliable, economical and sustainable distribution of electricity in the country.

In preparation for the new electricity master plan, Mr Morin said PUC has started to work on some transmission and distribution projects in south and later north Mahé to absorb all the energy to be produced through the photovoltaic.

He said work is also underway on Praslin and La Digue in preparation for reliable transmission and distribution of electricity.

Mr Morin noted that with gaps in the payment system for usage and production of renewable energy via photovoltaic, in future with more buildings and households on the grid system, PUC will switch to a new payment system where both parties will enjoy 50-50 benefits.

The participants at the meeting discussed the evolution of energy demand, options for the future energy mix, evolution of power system, regulatory and investment, framework and the environment and socio-economic impact. 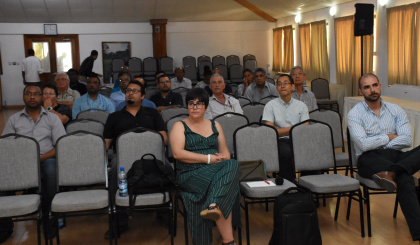