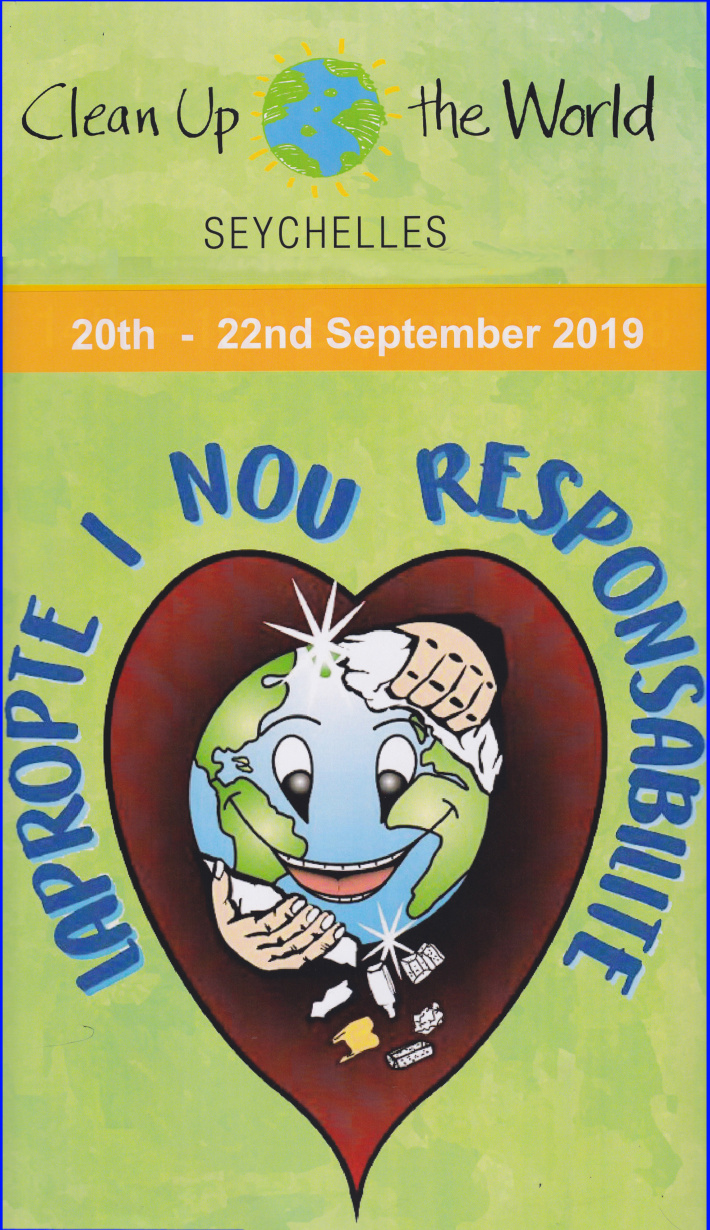 All is set for the official launch of the national Clean Up the World campaign on Monday September 16 at 10am at Moulinie Estate on Praslin.

This year the September 16-22 Clean Up the World campaign is being held under the theme ‘Yes, we can beat plastic pollution’ which is in line with the national and international efforts to tackle the huge issue of plastic in our environment.

Following the launch on Praslin, clean-up activities at various locations across the country will also get underway with community groups, schools, government and private entities … all mobilising their different teams to organise cleaning either of their own environment or public places throughout the week. These will lead up to the removal of waste by households and collection during the weekend of September 20 to 22.

“The organising committee is calling on you, your colleagues and your community to join this national effort to make Seychelles a cleaner place, free from waste, free from plastic pollution,” the chief executive of the Landscape and Waste Management Agency (LWMA), Flavien Joubert, has said in a letter to different ministries, departments and agencies calling on them to do their part and be more engaged and committed to boost the national clean-up effort by mobilising a team from their workplaces.

“You can join others in cleaning or rehabilitating a place be it on land, on the coast, out at sea, or you can do other actions that would help to change people’s behaviour towards waste. Big or small, your action is an important contribution to the country’s success in fighting waste, so don’t be left out, join the campaign to help Seychelles keep its mantle as a clean country,” Mr Joubert says in the letter.

Mr Joubert says material and financial support from private and public entities in the country is helping greatly in the preparation of the campaign and has recognised and thanked all individuals, organisations, ministries and all who keep the Clean Up the World Campaign on their annual calendar and start mobilising their teams early.

He says the committee is continuing to seek additional resources so that it can provide support to different groups that do not have.

Anybody or organisation able and want to support the campaign in anyway possible or groups that need assistance for their clean-up activities can contact the LWMA for more details on how to go about.

Meanwhile Erine Victor, who is coordinating the clean-up campaign at the LWMA, has said organisations, ministries and individual groups can still get in touch with the LWMA to express their interest to participate as a team so they could be assisted with waste collection and transportation.