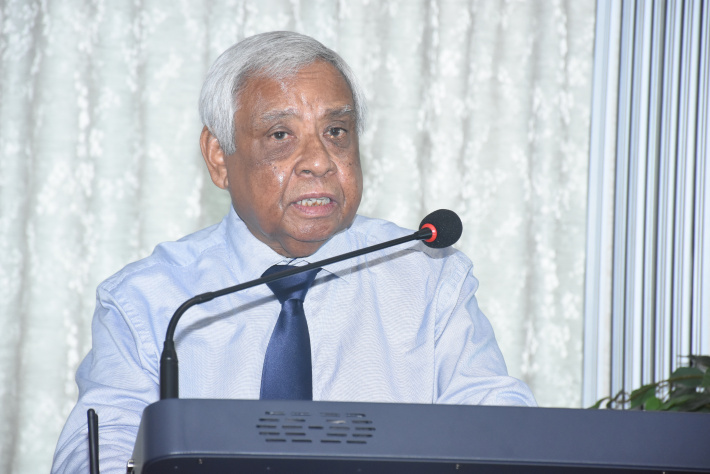 The Independent School S5 class of 2019 graduated on Saturday in a ceremony at the Nyaopi conference hall where they were presented with their IGCSE certificates.

Those who excelled in their exams were also presented with the Cambridge learner’s award.

“As with previous IGCSE cohorts, these students have performed commendably in general and the results are better than last year,” said the director of the school, Zotique Pragassen.

He continued by noting that 57 students out of 74 scored 5 ‘C’s or better. This represents 77% of the students.

The school also noted a 6.4% increase in A* to C grades compared to last year.

A total of 705 entries were registered and examined. Only 1 entry was ungraded.

The students also sat for the DELF Scolaire exam. Nine students sat for A2 and forty-eight for B1 level, and all passed.

Thirteen (13) of the 14 students who sat for B2 level succeeded.

Thirty-eight (38) out of 74 students qualified for entry into A level and 36 have stayed on.

“While the majority of students have worked according to everyone's expectations, there are a few who, with a little more effort, could have performed better. However, they should not despair but draw a lesson from this experience and use it as an opportunity to get back on track,” said Mr Pragassen.

“You have also grown morally, physically and holistically as a result of our academic, social and extra-curricular programme. The school also warmly thanks the staff who, through their unstinting effort and dedication over the years, have ensured that the students performed to the very best of their abilities. We recognise and appreciate the support and encouragement that we received from parents, during the time that they entrusted their children to our care,” said the director.

In relation to the Cambridge outstanding learner awards, the school won 33 out of the 42 awards categories involving 20 independent school students out of 25 for the whole country.

Independent School students were awarded a total of three ‘Top in the World’ awards in AS for the following subjects: Biology, Mathematics and History, and two at A-Level for Mathematics and Business.

There were four students in all, one having obtained two of the awards. A

Diandra Ernesta and Lea Michel both scored high achievements with Diandra awarded for Literature in English while Lea was awarded in Business Studies.

Jessica Larue and Parrik Dang Kow got second and third places across 7 countries.

Speaking to the press about her results, Sanjeetha Pillay noted that she felt “very proud”.

“I have always made my education a top priority so this is why I think I scored the highest. It wasn’t easy but in the end it was worth it,” she said.

She is currently completing her A-level in Biology, Chemistry, Physics and Maths and she noted that she will pursue a career in one of those fields.

Bertrand Morin, who scored Top in Seychelles for three subjects, said that he is really happy with his results.

“I did not expect to be top scorer in three subjects so I’m very proud of myself,” he said.

Bertrand, who is currently studying his three sciences at A-level, noted that his dream is to become a doctor.