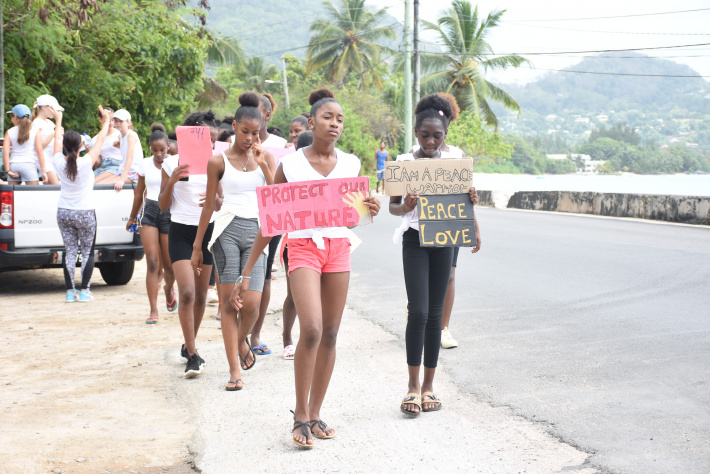 The day commenced with two peace marches held in the northern and southern region of Mahé, for which hundreds of people showed up in support of the theme ‘Climate Action for peace’ which aims to draw attention to the importance of combating climate change as a way to protect and promote peace throughout the world.

The peace march in the northern region started off at the Bel Ombre district administration ending at the Peace Park, Victoria while the second started at Anse Aux Pins playground and finished at the University of Seychelles (UniSey), Anse Royale. Various organisations, non-governmental organisations (NGOs) and entities were represented in the marches including Speaker of the National Assembly Nicholas Prea, scouts and children from the President’s Village who all joined in the March in the northern region.

On the south side the march saw the participation of many schools – from International School Seychelles, to Anse Royale secondary and primary all the way to the Anse Boileau school.

Chanting peace anthems and proclaiming peace through banners especially designed for the occasion, the large crowds made their way to their respective end points in an orderly manner.

“The idea behind the march is to organise activities that coincide with other countries celebrating the International Peace Day. We also saw the mobilisation of many environmental groups that came with their messages about climate change,” said Diana Benoit, director of the James R. Mancham peace and diplomacy research institute at the University of Seychelles.

It is important to include children in such a march as it creates awareness on the issue of climate change and as they will inherit the damages that is being caused to our planet, noted Ms Benoit.

Lita Onezime, senior youth worker for the Seychelles National Youth Council, noted “at SNYC we always put emphasis on peace in our country and our community”.

Upon completing the march, participants and members of the public were invited to relax and unwind and be entertained. Two peace shows comprising several performances, including poems and songs on climate change and peace were held at the Peace Park and UniSey. Both shows, at Anse Royale and Victoria, attracted a large crowd.

The activities on Mahé continued throughout the afternoon with a climate action fair at Peace Park from 1pm. There, members of the public had the opportunity to learn more about climate change and its impacts as well as how to mitigate it through interactive activities, ideas and more.

Various stalls were erected around the peace park by NGOs concerned with the environment including Marine Conservation Society Seychelles (MCSS), the Seychelles Red Cross as well as other private business organisations who had several innovative and eco-friendly products on sale.

The Red Cross Society of Seychelles had on offer educational games for children from which they were rewarded with eco-friendly products including reusable cotton bags and reusable bottles. Also on display at their stall was information about the different environmental hazards and disasters common to Seychelles.

“We are aiming to sensitise the public about different hazards so if ever there is a disaster, they can be resilient and know how to act. We have on display various posters, for instance, a lot of people are not aware of what a tsunami is, the consequences and how to react if there is ever a tsunami or tsunami alert,” said Sandra Sabury of the Red Cross.

Another stall at the peace Park which seemed to be pulling in the crowds was that of Hygiene Management Consultancy who were giving demonstrations on sustainable cleaning methods and reducing wastage within the home.

Director of HMC, Terry Lablache, noted that simple changes can make a big difference to the environment.

He advised that labels should be read carefully so that the right amount of product is used when needed, and advocated that “less is best”.
Mr Lablache also advised that using concentrated products or refills reduce the amount of trash and that products should be used fully.

“We are just here to give the public little tips that they can use. For instance, using lower temperatures when washing and washing full loads in the washing machine or dishwasher. If everyone does their part, we can make a big impact and make a huge difference,” Mr Lablache noted.

On sale around the park were fresh juices, reusable metal straws, aloe vera plants which serve a multitude of beauty uses such as a moisturiser, hair gel and more and bamboo toothbrushes.

The activities were not confined to Mahé as a peace show was also organised on La Digue. Sonny Dogley and the Next Step group animated Anse Reunion, drawing locals and visitors from their houses between 9am to 2pm.

No activities were held on Praslin over the weekend but the island will not be left out. On Wednesday September 25, the Ministry of Education and Human Resource Development is organising a peace march starting at 2pm at the Grand Anse Praslin playing field and finishing at the Amitié Stadium. The march will conclude with a brief ceremony.

This year’s theme for the International Day of Peace takes into account the effects and threats climate change poses to international peace and security. According to the United Nations (UN) natural disasters displace three times as many people as conflicts, forcing millions to leave their homes and seek safety elsewhere. The salinization of water and crops is endangering food security, and the impact on public health is escalating. The growing tensions over resources and mass movements of people are affecting every country on every continent and therefore concrete action is needed to combat climate change.

The accompanying photos show some highlights of the activities organied on Saturday to commemorate the International Peace Day. 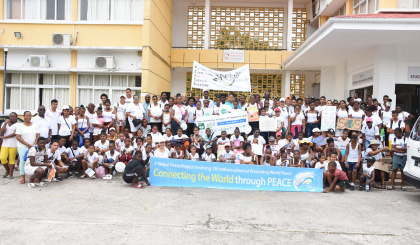 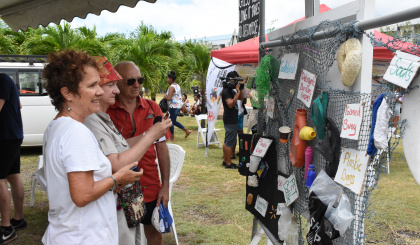 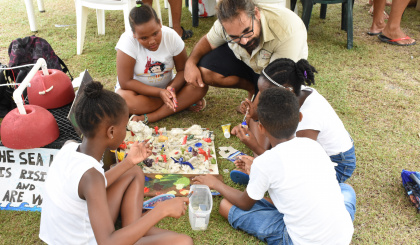 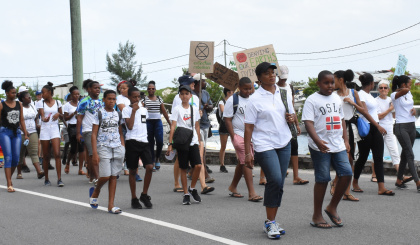 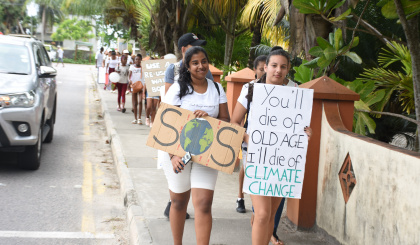