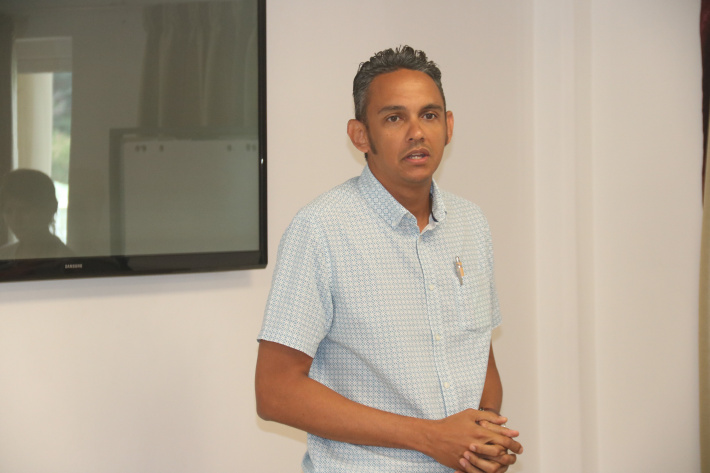 Officials from numerous entities concerned with oceans and marine health are attending a four-day training workshop led by two experts from the Nekton team, covering a range of topics.

To commence the workshop, five participants who initiated research projects between Nekton which were funded by grants from the Seychelles Climate Change Adaptation Trust (SeyCCAT) were presented with certificates by the chief executive of SeyCCAT, Angelique Pouponneau.

Principal secretary for environment, Alain de Comarmond, also addressed all present and urged the participants to make the most of the opportunity to learn from Dr Luc Woodall and team leader on the Nekton expedition Paris Stefanoudis.

He explained that the government of Seychelles and Nekton negotiated and agreed in 2018 that, aside from the expedition, they wanted to go beyond this and build capacity in Seychelles.

“The first way this materialised was through the expedition where we had seven Seychellois on the expedition and that was the first activity in terms of building capacity. Then of course, there was the research grant that SeyCCAT financed. There have also been two fellowships, Sheena Talma and Jennifer Appoo of Seychelles Islands Foundation (SIF),” Mr de Comarmond said.

“There was also a taxonomic workshop held in July in South Africa with Nekton experts and others. By the time all the results are in from the tests, scientific papers will be drafted and it has been agreed that the Nekton team and Seychellois scientists will author the papers, so the training workshops are all building capacity in preparation for that,” PS de Comarmond explained.

The agreement between the government and Nekton will end in 2020.

Currently, the Nekton team are analysing samples collected from the Seychelles expedition before they are returned to Seychelles for presentation to the public and samples stored at the University of Seychelles (UniSey).

PS de Comarmond also revealed that the ministry is discussing the possibilities of incorporating ocean science in the school curriculum with the Ministry of Education and Human Resource Development.

Dr Lucy Woodall, one of the experts involved with the Nekton expedition earlier this year, is running the workshop based on the requests of local scientists.

“Over the next four days, the exact skills that we’ll be giving are those that are being requested from scientists here in Seychelles and that is really important because we are here to try and help with a need,” Dr Woodall stated.

The advantages of BRUVs analysis were identified as being highly efficient and cost effective as compared to traditional sampling methods, it allows for sampling beyond the limits of SCUBA, including the deep ocean as well as being suited to sampling a diverse array of fish assemblages, including those of relatively inaccessible rocky habitats.

By using BRUVs analysis, scientists can also retain a permanent video record of species and habitats and are able to derive accurate length measurements of individuals.

Primary limitations of the BRUVs technique were identified as a lack of a consistent protocol for BRUVs use as well as Bait-related biases, including quantifying the area of attraction and species attracted.

Participants were also introduced to the Calmeasure software during the launch session on Tuesday. 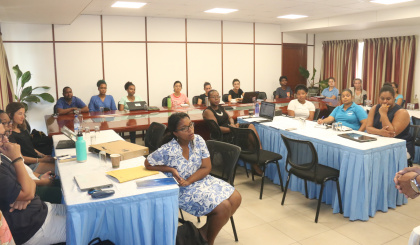