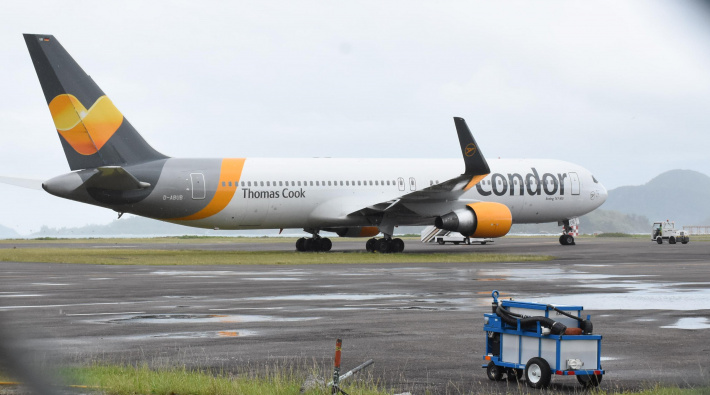 The Ministry for Tourism, Civil Aviation, Ports and Marine and the Seychelles Tourism Board (STB) headquarters in Seychelles through its offices in Europe are monitoring closely the situation concerning the recent announced failure of Thomas Cook and its possible effects on the European market – especially in Germany through its local subsidiaries.

As per the information received by the STB office in Germany, presently, Thomas Cook Group is limiting its communication with its clients and business partners to the bare minimum although there have been few official bulletins and press releases issued by the group or its affiliates.

The STB office in France has further communicated that in the hexagon, the situation is more complex, but not yet desperate because the subsidiary Thomas Cook France says it is not immediately concerned by the insolvency of the group.

On Tuesday, September 24, Thomas Cook France announced that it was going to apply for its judicial adjustment. This situation is the result of the bankruptcy on Monday of the British parent company.

“The objective is to ensure the continuity of the business of the French entity and to move quickly on a recovery solution under the protection of the commercial court of Nanterre,” said the statement. “To date, several serious potential buyers in the tourism sector have already expressed their strong interest in Thomas Cook France,” the tour operator adds, without any further detail.

In an earlier communication with a member of the Thomas Cook Group Airlines – Condor Flugdienst GmbH, STB’s chief executive Sherin Francis has learned that the application made by Condor for a bridging loan from the federal government has been granted and this will certainly help refrain the company from ceasing all operations.

“This is indeed good news for Seychelles as even though Thomas Cook was the second largest tour operator on the German market, Condor is one of the carriers for German passengers to the Seychelles,” notes STB in a communiqué.

It has been noted, that for the time being, the STB is anticipating some slight challenges on the operations on the German market however, based on the information received by the STB office in Germany, the overall business is unlikely to suffer in the end, given the ongoing demand and the attractiveness of the destination.

The Minister for Tourism, Civil Aviation, Ports and Marine, Didier Dogley, is making a special appeal to all hotel partners regarding this unfortunate situation vis-à-vis Thomas Cook client currently in the country or who are scheduled for a vacation in Seychelles and who have made payment transactions directly through the Thomas Cook Group and affiliates.

“It is of importance for the destination’s image that our local partners treat the clients affected by the delicate situation with the greatest care,” says Minister Dogley.

It is to be noted that the situation on the various markets in Europe concerning the Thomas Cook bankruptcy is evolving rapidly and that the information as shared in this communiqué might be changing by the time it is published, notes the STB communiqué.