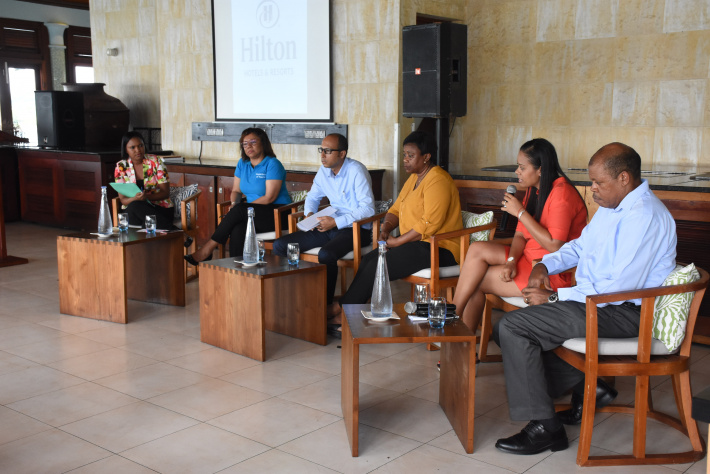 Officially launched on September 21, the second Tourism Festival came to a close yesterday during an event held at the Hilton Northolme Resort & Spa.

The event’s highlight was a panel discussion centered on the festival’s theme: ‘We are Tourism: Our Pathway to Prosperity’.

Although many of the panellists explained how and why tourism is the pillar of the economy, Mr Edmond provided the figures which proved that tourism is indeed the pathway to the country’s economy.

“The projection for this year is above 6% with arrivals expected to increase by 7 to 8%,” Mr Edmond stated and later added that tourism earnings equate to 50% of what we import in the country.

And given that we import a lot as an island nation, then that number is not insignificant.

It was noted that the tourism industry contributes a lot to the economy whether it be directly and indirectly, providing business opportunities for many people such as farmers and fishermen and employs a lot of people.

On her part, Mrs Francis explained that the STB’s strategies act as the safety net for the country since the STB is always looking to diversify and invest in markets, even the ones where we do not see much results right now.

“There are other markets where we will never get 25,000 visitors from them but, even in their small size, the quality of visitors from this market is worth the investment.”

Mr Benstrong also explained that the tourism industry has driven local banks to invest and upgrade their products and services.

He nonetheless warned the panel and the audience of the risk in relying on tourism as the main contributor to the economy.

The 2019 Tourism Festival started off with a grand ball at the Constance Ephelia Resort and which was followed by a wide array of activities such as food fiestas on Mahé and Praslin, homage of past tourism pioneers, an art exhibition and a tourism mass. 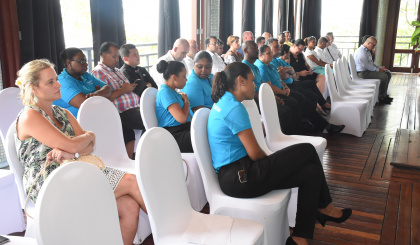