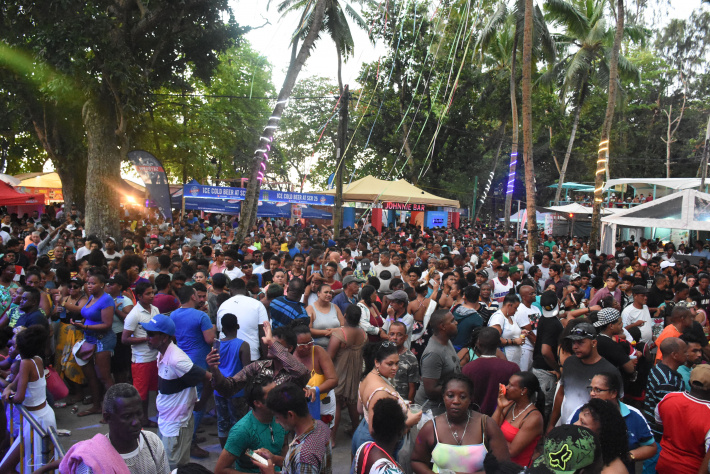 The Seychelles Regatta, held annually along the Golden Mile on the shores of Beau Vallon, is an unmissable event for many. Each year, the weekend extravaganza comprising water-sports, a lottery draw and recently, a pageant and a hotspot for the best deals from local businesses, draws large crowds from all over Seychelles and visitors alike.

This year was no different despite the cloudy weather. Both Saturday and Sunday saw the streets of Beau Vallon lined with cars and the Golden Mile overflowing with people, refreshments and food stalls with music blasting from every corner.

As usual, the stalls were up and ready fairly early during the day as the crowds started flocking in offering products at promotional prizes, ice cold drinks and food of all varieties. As some explored the different stalls in search of the perfect snack to satisfy their cravings, others took to the beach to soak in the sunlight and sea and let the little ones have a run-around away from the large crowds.

Sports activities for the day commenced as early as 7am with a road race for which there were three categories including 2km, 5km and 10km.

As of 10am, team sports activities started with a 5 v 5 King of the Court basketball competition for players aged under 18. There was also beach volleyball semifinal and finals for both female and male teams.

The afternoon was reserved for canoe races as from 12 noon when the long-distance canoe race officially started. Two more races – 400m and 800m – were also scheduled.

The fittest then took to the ironman challenge comprising swimming, running and canoeing challenges before the much anticipated greasy pole at 4pm.

The greasy pole was a success as usual as crowds rallied to watch the brave competitors work in teams to ascend the pole to retrieve the token for a cash prize of R10,000 sponsored by Maz Millions lottery. At around 6.25pm yesterday, a young Seychellois succeeded in retrieving the cash prize after receiving help from some foreigners.

Phillip Toussaint, Mervin Camille and several local singers kept the crowd entertained with some Creole classics to the delight of many. A line-up of DJs including DJ Travis and DJ K2 were also present to keep the crowds swaying and grooving as they awaited the much anticipated raffle.

Fabrina Jeanne, a young mother who attended the Regatta both on Saturday and Sunday, said she decided to bring her children along for a fun day out on Sunday.

“I enjoy coming to the Regatta whenever I can make it. It’s a calm atmosphere where you can relax and expect to bump into friends you haven’t seen for a while. The children enjoy it as well and make the most of the opportunity to have a swim, socialise with other children and just enjoy in a family setting,” she said.

She added that the event was well-organised referring to the stunning Miss Regatta Pageant and placement of the stalls which were well-organised in the parking area as well as the promenade.

As is customary with the final day of the Regatta, entertainment was aplenty at various stalls before the main stage event which had everyone gathering at the stage in anticipation of their favourite artists.

DMC Taj also known as Travis rocked the stage earlier on during the afternoon along with Relations Live and diva Mia. Together they performed tracks off their newly released collaboration album Proze 1 as well as their better-known tracks.

The Regatta closing performance was brought by TMD and featured Dj EzyD, Elijah and Meddy with Maz Millions before the much anticipated Regatta lottery draw.

The accompanying photographs show the ambience at the Regatta yesterday afternoon. 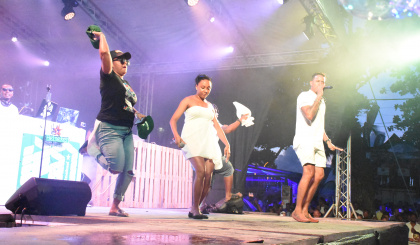 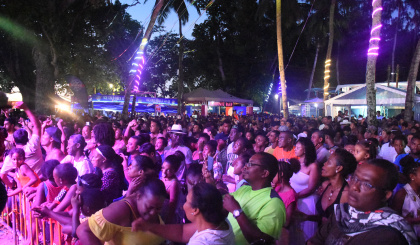 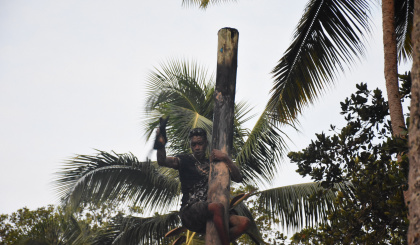 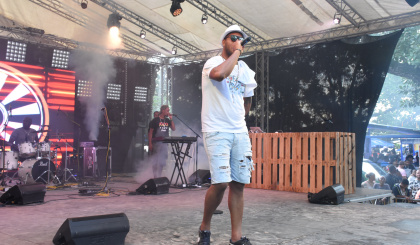