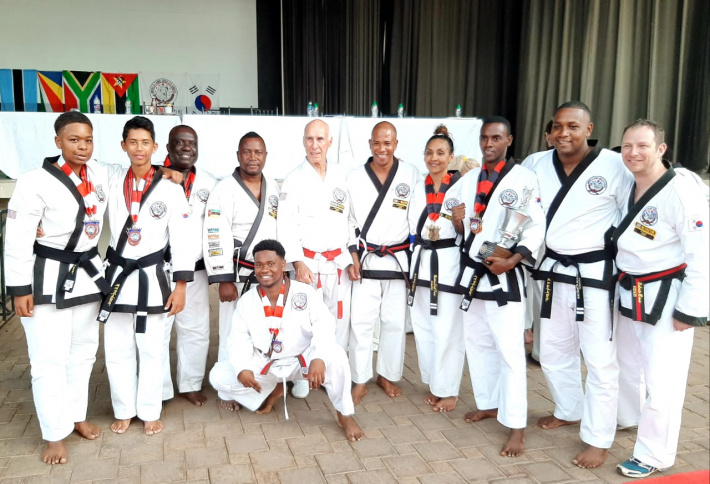 Members of the Northern Tang Soo Do studio

It was double celebrations for Steve Marie in Gaborone, Botswana at the weekend.

Like Marie, who became a black belt holder at the weekend, Jahvis Bernard finished on the second highest step of the podium three times to win three silver medals. 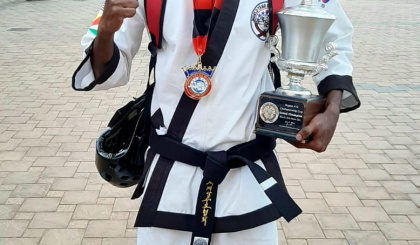