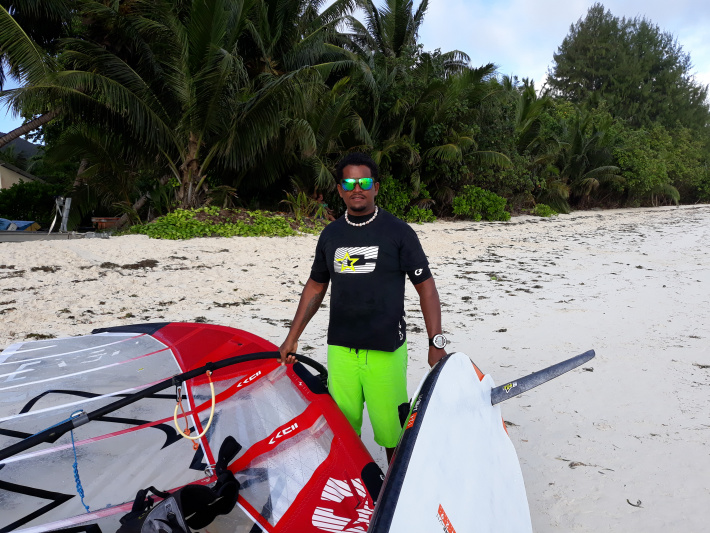 Praslinois windsurfer Jacquelin Languila is the winner of this year’s Mahé-Praslin crossing which has made its way back on the Seychelles Yachting Association calendar after a four-year hiatus.

Languila won Saturday’s race in a time of 2 hours 26 minutes 42.15 seconds (2h26:42.15) after the wind died on the sailboarders half way through the race, making it impossible for them to challenge the standing record.

He was followed at the finish line less than a minute later by another Praslinois, Bertrand Lablache whose time was 2h27:09.07.

Vince Isidore was third in 5h46:05.91 and he was the final sailboarder home after Pierre Waltersteiner, Danny Gertrude, Mervion Edmond and Joshua Esther failed to complete the race.

The race started at 11.40am inside the Victoria Harbour and the finish line was at the beach front of the ex-Maison des Palmes Hotel at Grand Anse Praslin.

The last race before the one on Saturday took place in 2014 and the winner was Lablache who edged out Stravens in a time of 1h04:02 to dethrone him as champion.