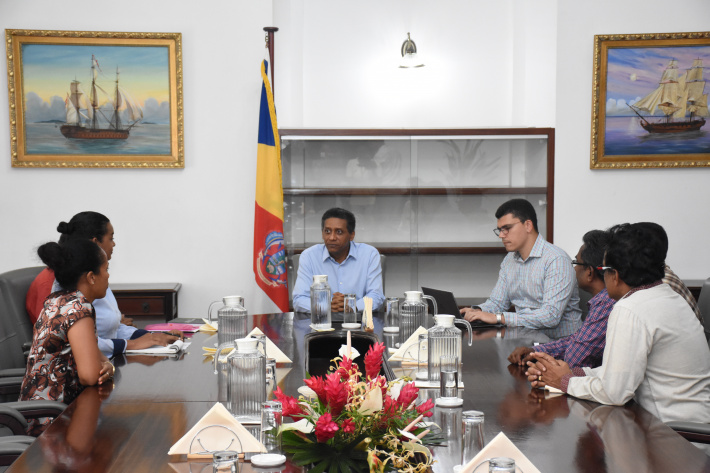 The meeting between President Faure and members of the retailers association

Members of the retailers association called on President Danny Faure at State House yesterday morning and discussed a range of topics.

The six members of the association’s executive committee attended the meeting.

Speaking to the press after the meeting, the secretary of the committee, Louisianne Jacques said they discussed a range of topics from retailer prices on Seychelles Breweries products to the black market sale of cigarettes.

“The association condemns the sale of individual cigarettes by unlicensed vendors, this is because it is not only against the law but also unhygienic as many people do not know where these cigarettes have been,” said Ms Jacques.

The sale of single stick cigarettes was also addressed whereby Ms Jacques remarked that the numbers has increased since the ban was imposed which means more people are buying cigarettes from unlicensed vendors instead of retail outlets.

She also remarked that there are numerous job opportunities in retail for Seychellois, however they need to be more serious because when you work in retail you are in the shops as from 7am to 11pm.