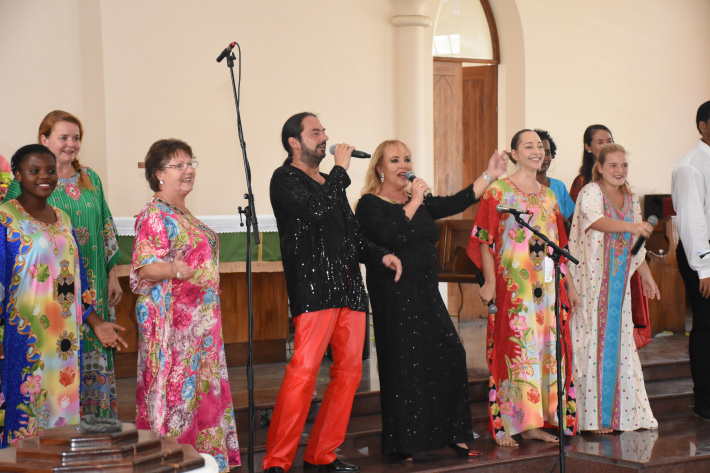 The audience who attended the hour-long show experienced a medley of hit songs from Broadway shows, musicals and classical music.

These were performed by Seychellois students of a master class taught by Mrs Pless at the National Conservatoire of Performing Arts as well as some members of the Starflight Company from Germany.

Starflight Company is owned by the Pless couple or Duo Sturmfeuer as they are sometimes known.

Mrs Pless explained that the Starlight Company consists of 15 individuals but only six could make the trip to Seychelles with them.

Songs performed included Circle of Life from ‘The Lion King’, Welcome from ‘Cabaret’, Oh Happy Day from ‘Sister Act’, My Heart Will Go On from the ‘Titanic’, New York New York by Frank Sinatra and If I Were A Rich Man from ‘The Fiddler on the Roof’.

“I think that most of the songs people would know,” she noted.

Mrs Pless remarked that she was very proud and impressed with the Seychellois students, the youngest being only 16, who quickly picked up her lessons and learnt the songs in one week.

“They are good enough to sing in the Starflight Company,” she stated.

The Pless couple also celebrated their 20th wedding anniversary on Tuesday last week and took the opportunity to sing together their favourite song – ‘Hallelujah’ by Leonard Cohen.

It is not their first time in Seychelles; the Pless couple have been coming here for over 16 years “before Allamanda was such a big hotel” and even performed in a charity show for the SSPCA 12 years ago.

They are hoping to settle down in Seychelles in the near future. 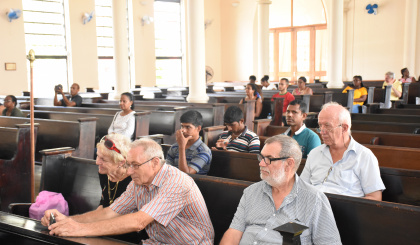