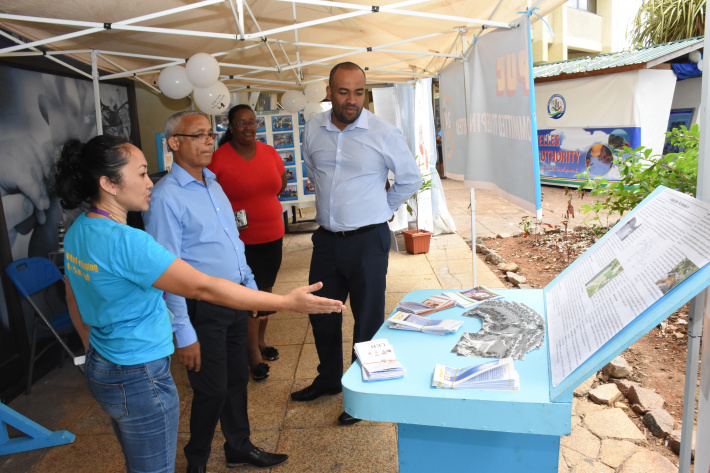 As it is customary each year, the Ministry of Habitat, Lands, Infrastructure and Land Transport together with its partners have put together an exhibition to showcase various accomplishments and development in the habitat sector.

“Every year since 1985, when it was first designated by the United Nations general assembly, World Habitat Day has been celebrated on the first Monday of every October. On this day we are asked to reflect on the condition of the living environment or our habitats focusing on the state of human settlement and on progress made, and persistent and new challenges for their sustainable development,” said Environment, Energy and Climate Change Minister Wallace Cosgrow who was delivering the address on behalf of Habitat, Lands, Infrastructure and Land Transport Minister Pamela Charlette who is on overseas mission.

The theme chosen this year for Habitat Week is ‘Frontier technologies as an innovative tool to transform waste to wealth’.

This year’s event is boosted by contributions of prominent partners of the ministry such as the Property Management Corporation (PMC), Land and Waste Management Agency (LWMA), Public Utilities Corporation (PUC) and the department of environment.

For the first time, as part of the celebrations Seychelles will see the presence of and involvement of officials from the UN HABITAT-GC secretariat. They will also take part in activities planned to mark this event.

To mark the exhibition which has been set up on the ground floor of Independence House, several departments of the ministry have set up stalls to exhibit their services.

The Public Utilities Corporation (PUC) had set up a stall to pitch their new product called the ‘customer dash board app’ that is an interactive app that will allow clients to manage their electrical and water consumption usage on the app instead of coming to the PUC office.

The ministry of environment was also present in showing one thousand recycled cans that had been compressed into a small block which could then be exported.

The Seychelles Planning Authority had also set up a stall in the shape of a house where they were displaying their plans for the future Victoria Water- front project which is expected to be completed in about 15 to 20 years’ time.

Once completed, the Victoria Waterfront project will provide Seychellois with a pedestrian-friendly waterfront which will be used as a public meeting place with designated areas for live entertainment as well as residential and retail spaces.

The accompanying photos show some of the stalls which form part of the exhibition and activities organised. 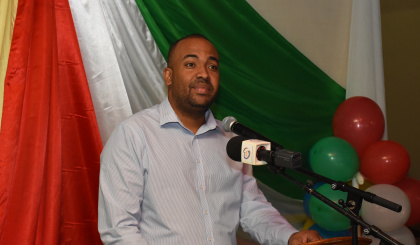 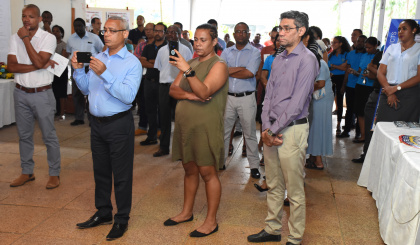 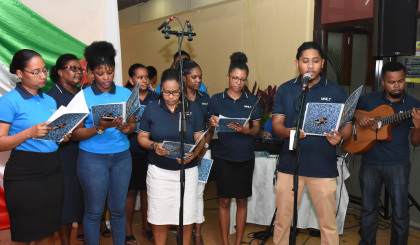 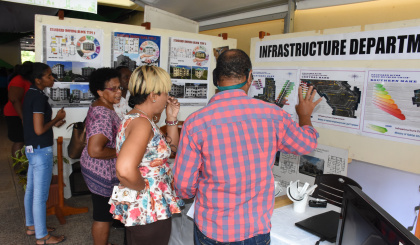 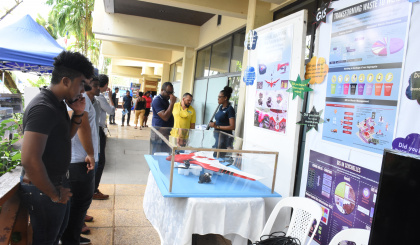 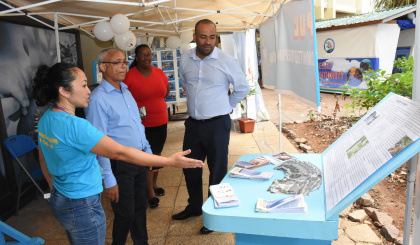