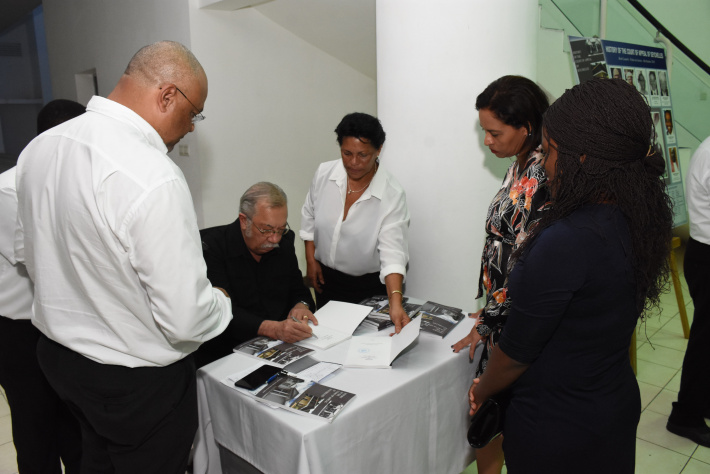 Justice MacGregor holds an LLB and is a member of the Middle Temple. When he came back to Seychelles in 1973 he worked in private practice until 1979 when he was appointed as director of State Legal Service for the public. He also served as a member of the Constitutional Commission and as Speaker of the National Assembly from 1993 to 2007. From 2007 to now he has been occupying the post of president of the Court of Appeal (PCA).

Justice MacGregor also said that he loves research and history. “I do not talk in vain. I wanted to write the book when I am still alive and still in the post and knowing what I am saying. The lessons I want my readers to get is to better prepare yourself before going to court. There is no place for lazy people. A judge will discover him immediately as well as your client!”

Chief Justice Mathilda Twomey described the book in the following terms: “This small book shows in words and pictures the Court of Appeal over the past four decades. As you browse through the pages, you will notice how the court has evolved over time to become what it is today. It is also a celebration of the achievements of the Court of Appeal. The origins of our court is recorded in this book as it is today hard to imagine that there was no residential Court of Appeal in Seychelles. In 1903, even after a Supreme Court was constituted here, appeals from this court were still to the Supreme Court of Mauritius and at that time very limited appeals by case stated or where the judges entertained a doubt as to the correctness of their decisions. It was not until January 1978 that the first Seychelles Court of Appeal heard its first case. The court remained non-resident and the justices of appeal still travelled en bloc from disparate and distant shores every four months to hear the appeals in Seychelles.”

CJ Twomey also told the guests that it was only in 2004 that we saw resident justices of appeal being appointed and the court had a designated room of its own.

“In 2007, the first Seychellois president of the Court of Appeal – the author of this book – was appointed and in no small measure added to the growth and development of the court. This book is a tribute to his legacy on the Court of Appeal and the honourable justices who have served it,” added CJ Twomey.

Lawyer Bernard Georges also introduced the PCA and related a few cases that went through this court. “We each have our own memories of the Court of Appeal, from Sir Michael Hogan’s cold stare over the top of his glasses, to the fact, soon learned, that it didn’t matter what answer you gave to Justice Mustafa when asked a question – the fact that you gave an answer was all that mattered… But the Court of Appeal was not just fun and games and your history of the court is altogether more serious, as befits a history of our apex court. You have the initiative and the perspicacity of a man who is not constrained by the four corners of his office, but one who looks beyond these and decides that posterity needs a record of the past.”

Mr Georges further noted that “and between the covers of this slim volume you have managed to marshal resources and – in your well-known talent for brevity – you have gathered together that which is the most important: a short legal journey, a list of significant cases, but most important of all, a record of those who have sat and who sit in the Court of Appeal. For ever let it be forgotten that a court is only ever as good as those who constitute it.”

At the end of the launch ceremony, Justice MacGregor signed a few copies of his book for his friends. Only 100 copies of the book have been published and they are being sold at the Palais de Justice at R300. 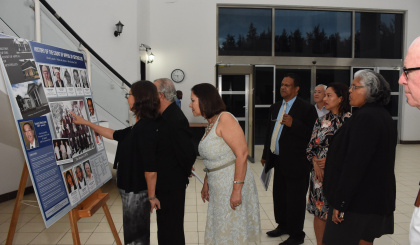