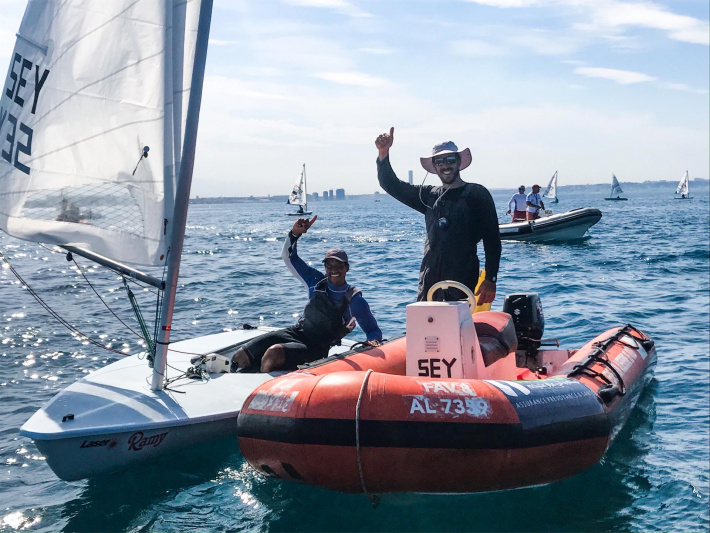 Rodney Govinden is the first Seychelles athlete to qualify for the 2020 Olympic Games in Tokyo, Japan after clinching the Laser gold medal at the weekend at the 2019 African Championship RSX and Laser.

Competing against 14 other sailors including compatriot Allan Julie, three Algerians, two Egyptians, two Mauritians, two Tunisians, two Angolans, one Tanzanian and one Moroccan in Algiers, Algeria, Govinden took three first places, five second places, one third place, one 10th place and one 11th position. But after his two worst finishes – 10th and 11th places – were discarded, he finished with a nett score of 22 points.

“Algiers delivered a mix of conditions. I am happy to come out with the win following a tough week of racing. I would like to thank everyone who has supported me throughout this journey. It has not been easy, but the hard work is paying off,” Govinden wrote on his Facebook page.

Born on September 13, 1984, Govinden first qualified for and competed in the Olympic Games in 2016 in Rio de Janeiro, Brazil where he was placed 45th. He was also Seychelles’ flag bearer in the parade of nations in Rio de Janeiro.

Seychelles’ veteran Laser champion Allan Julie who has made five appearances at the Olympics Games, was ranked fourth.

Gardette failed to qualify for the 2020 Tokyo Olympics despite taking four first places, two second places, three fourth places, one fifth place and one 13th place. After his two worst finishes were discarded, Gardette finished with a nett score of 22.

Third was Algerian Boudjatit Ahmed Ramzi with a nett score of 29. 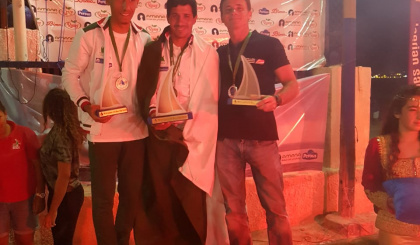 Gardette (right) is the silver medallist of the RSX windsurfing competition 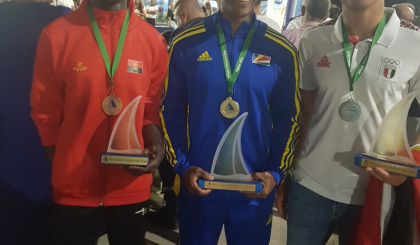 Govinden (centre) with his trophy