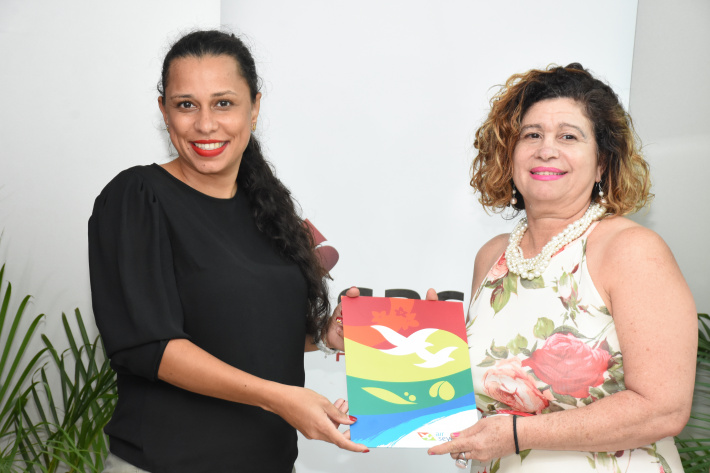 Paquerette Lablache is the winner of the July-September travel insurance promotion organised by State Assurance Corporation of Seychelles (Sacos).

She won the star prize of a return ticket to South Africa sponsored by Air Seychelles.

She received her prize from Elsie Hurst, corporate relations manager at Air Seychelles, in a small ceremony held on Friday afternoon at the Sacos headquarters, Maison Esplanade, in the presence of Sacos staff members and other sponsors.

The promotion was open to all clients purchasing travel insurance within the last three months.

Mrs Lablache said that she always takes responsibility to ensure her safety wherever she goes as anything can happen without warning.

The fourth prize of a dinner for two at Berjaya Beau Vallon Bay Resort was won by Valerie Ah-Weng.

The travel insurance plan protects travelling customers financially in the event of misfortunes such as in medical emergencies and delays, or loss of passport or luggage.

The next travel insurance promotion, which started on Saturday October 12, will go on until the end of December. The first prize will be a return ticket to Dubai plus R5000 allowance, the second prize a one-night stay for two on half-board at the Hilton Seychelles Labriz Resort and Spa, Silhouette Island and the third prize a R2000 dinner voucher at the La Scala restaurant, Bel Ombre.