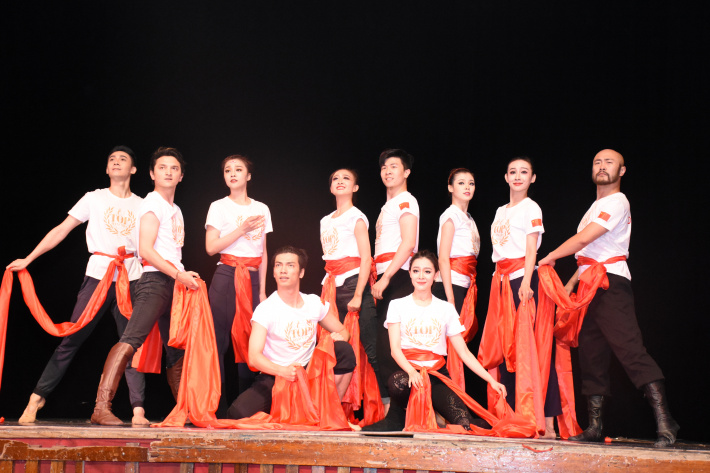 People who came to the International Conference Centre (ICCS) on Tuesday evening were able to see and admire the beauty of Chinese dances through the talents of a group of top Chinese dancers performing numerous dances – both ancient and modern – including ballet, ballroom, traditional and folkloric Chinese pieces.

The twelve professional dance artists from the Top Dancers Art Group delighted the crowd with their well orchestrated solo and group choreographic dance movements, which were accompanied by the sound of popular, modern and ancient Chinese music and songs.

Among the performances also were kung fu style dancing, solo dancing with two-twenty metre ribbons and a ribbon group performance to end the evening.

Present among the crowd of local and Chinese community living in Seychelles were the Minister for Health, Jean-Paul Adam; the Minister for Tourism, Civil Aviation, Ports and Marine, Didier Dogley; the Minister for Family Affairs, Mitcy Larue; the Chinese ambassador of the People’s Republic of China to Seychelles, Guo Wei; principal secretaries; members of the diplomatic corps, among others.

Addressing the audience, the principal secretary for culture, Cecile Kalebi, said that she hoped the performance by the members of the Top Dancers Art Group will further boost cooperation and cultural exchanges between our school of dance and the China Dancers Association.

The deputy secretary general of the China Dancers Association, Liu Bin, said the group’s performance will further enhance the traditional friendship and culture exchanges between China and Seychelles and thanked everyone for welcoming them here.

The Top Dancers Art Group is on a three-day cultural exchange visit in Seychelles as part of activities celebrating the 70th anniversary of the People’s Republic of China, on October 1, 2019.

They have been selected by China Dancers Association from China dance circle. Most of them have won the Lotus Award, the top dance prize in China, and have also performed in high-profile occasions such as the Beijing Olympics and the China-Africa Cooperation Forum Beijing Summit.

Most of the people who attended the one-hour show and who talked to Seychelles NATION said it was fantastic. They noted that it depicts a high level of dance professionalism and that it will also be good if from time to time we get to experience live performances of cultures of other countries.

The art group was treated to a special welcome in a brief ceremony held at Eden Plaza, Eden Island, on Monday evening in the presence of Vice-President Vincent Meriton, Designated Minister Macsuzy Mondon, principal secretary in the department of culture Cecile Kalebi and Ambassador Guo among others.

Apart from performance, the Top Dancers Art Group on Monday exchanged experience and knowledge with the management and students of the School of Dance.

The accompanying photographs show some highlights of the dance performances. 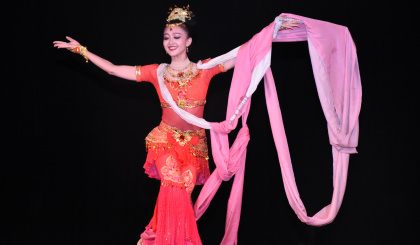 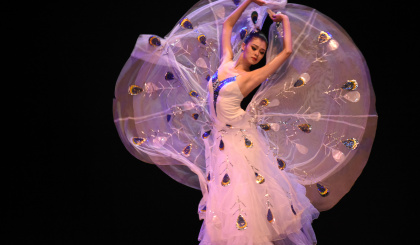 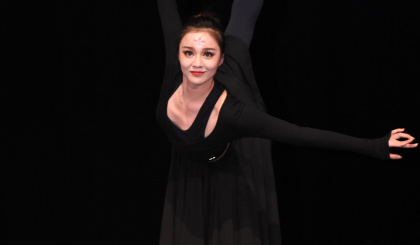