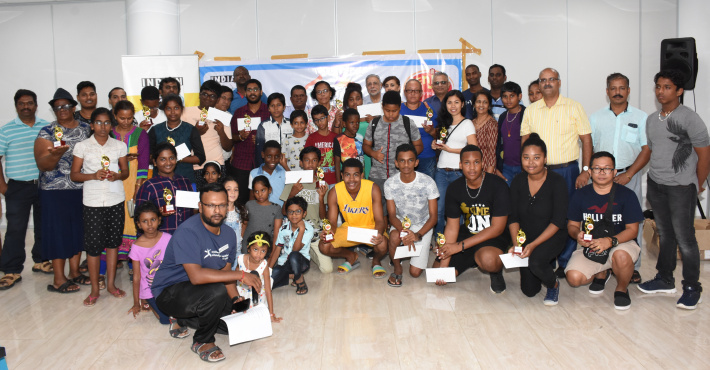 The winners in a souvenir photo

Over 70 chess enthusiasts gathered at the multipurpose hall of the Indian High Commission on the third floor of the Maison Esplanade building, on Francis Rachel Street on Saturday to take part in the annual Seychelles-India Day Chess Tournament.

The event, hosted by the Seychelles-India Day organising committee, is part of the activities to celebrate friendship between the two countries.

The interesting thing about this year’s tournament is that there was the involvement of various nationalities, other than Seychellois and Indians.

The tournament was divided into three categories which were the under-14 years old, the under-18 years old and an open group for both male and female players.

In the girls’ under-14 years old group, Roysha Mougal retained her title won last year, finishing ahead of Emmy Marie and Prathiksha Hemanth who were second and third respectively.

In this year’s tournament, Marie has pushed Hemanth down one spot, after finishing third last year behind the latter.

In the same age group for the boys, last year’s runner-up Mohamad Arfan is now the group winner, finishing ahead of Navin Pillay and Steven Dodin.

Darian Dupres who finished third last year in the boys’ under-18 competition has this time moved two steps up to clinch the top prize.

In the same group for the girls, Elgine Créa bettered her last year’s performance, which was a third-place finish, to win this year’s competition.

Top three finishers in each category 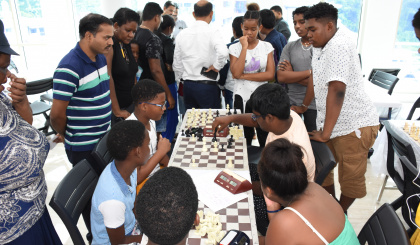 Some of the players in action