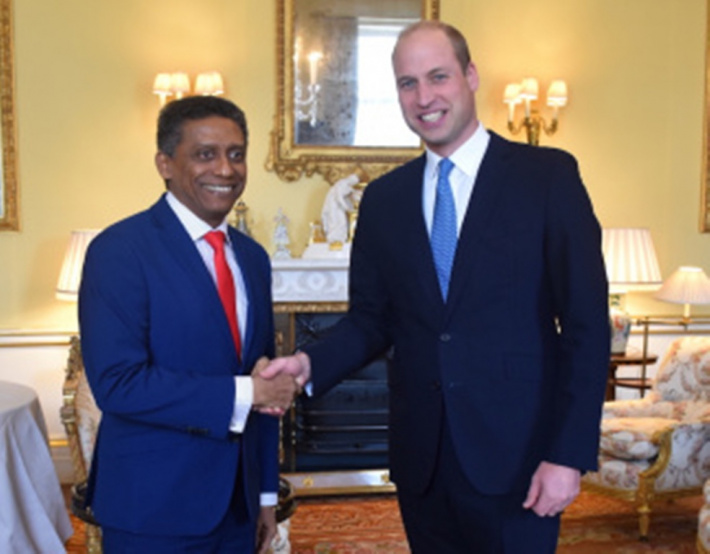 According to a communiqué from State House, the president was able to share with Prince William the great progress that Seychelles has made in ocean governance and marine protection.

The Duke of Cambridge was particularly keen to hear more about the Nekton expedition and ongoing research by the scientists, following the exploration that took place in Seychelles in March this year and the president’s message to citizens of the world.

Prince William shared with the president his passion for environmental protection, and his personal connection to Seychelles given his previous visits. He commended Seychelles for its global leadership in climate action.