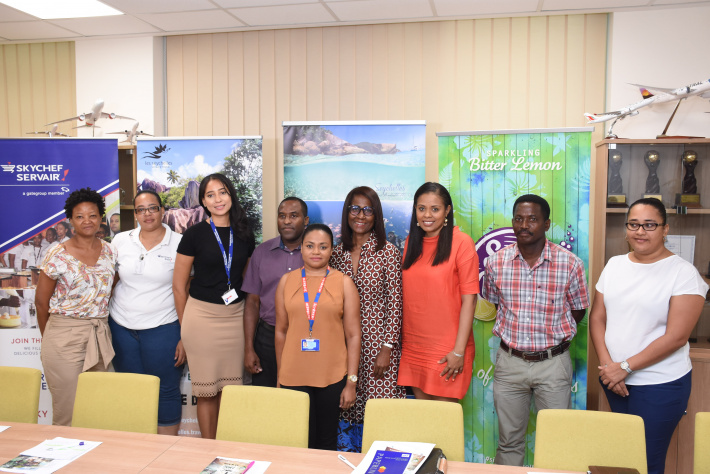 Individuals and organised groups are being encouraged to take part in the first ever Seychelles Nature Trail (SNT) competition, alongside foreign participants, which will take place on Mahé on May 3, 2020.

The appeal was made by the chief executive of the Seychelles Tourism Board (STB), Sherin Francis, when launching the board’s first nature trail competition during a press conference held at STB’s headquarters, Botanica House, Mont Fleuri yesterday morning.

Present were Bernadette Willemin, STB’s regional director for Europe, Bernadette Honoré, STB’s representative in Reunion – who initiated the project with the support of Christian Hamer and Veronique Victor (directors of the trail) – and various partners on-board to make the project a success in Seychelles next year.

The SNT aims at further promoting the archipelago's concept of green tourism as well as enticing potential visitors and locals alike to discover Seychelles' rich biodiversity.

The nature trail competition, which is expected to start at 7am, will consist of a 25km run or hike, for those who decide not to run. It will begin in the region of Port Glaud round Anse Major, through the well-known hiking routes including the Mont Le Niol and Congo Rouge area finishing at Grand Anse playing field.

Launched in Reunion in September this year, this first SNT adds to the prestige of the destination as a multifaceted one.

The event plans on attracting and engaging nature sports enthusiasts in the region and across the globe to Seychelles.

Speaking at the event, Mrs Francis mentioned her satisfaction to add another event to the destination’s profile on the international level.

“The SNT event projects the destination towards an adventure that will open great doors for the destination, we have seen how big in publicity the recent trail event “Diagonale des Fous” which closed a few days ago brought to our fellow islanders in Reunion. We can only anticipate great participation from the region and hope that the beauty of our islands will attract potential runners from all over the world,” said Mrs Francis, noting that preparations taking place indicate that the competition will be on international standard.

Mrs Francis mentioned that in order to reach the anticipated number of participants for the event in 2020, an intensive communication campaign has been designed and will be implemented through traditional and social media.

Entry forms with terms and conditions are already available on https://www.sportpro.re/ and the participation fee for foreigners is €30 and local participants will pay half the price.

Mrs Willemin said that as May is a low peak season in tourist arrivals, STB wants to attract a different kind of clientele during that period.

The chief executive of the Seychelles National Parks Authority (SNPA), Selby Remy, noted that SNPA will add a rougher portion to the last part of the normal trail to make it more challenging.

The nature trail sport competition is guided by the principle of respect for the environment and its ecosystems. 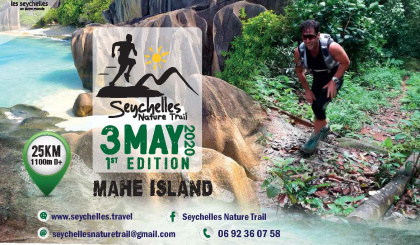