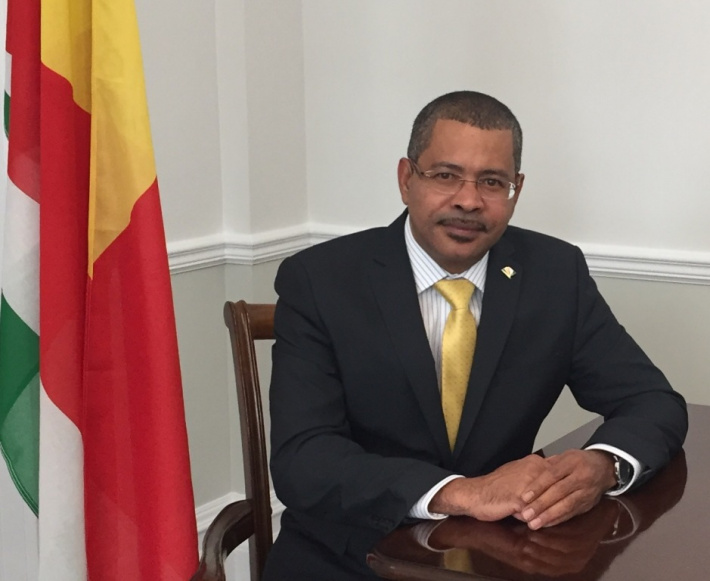 The new Seychelles ambassador to the Kingdom of Denmark, Derick Ally, presented his credentials to Her Majesty Queen Margrethe II on Friday October 25, 2019 at a ceremony at Amalienborg Palace in Copenhagen.

The Queen expressed her appreciation for the leadership of President Danny Faure and the people of Seychelles in this regard.

Queen Margrethe II also expressed her appreciation for the valuable cooperation between Denmark and Seychelles in the area of maritime security in the Indian Ocean.

Ambassador Ally also visited and had interactions with the leadership, of the Technical Education Copenhagen (TEC) Centre and the Centre for Drug Rehabilitation. Both institutions have expressed their willingness to share their experiences with the relevant authorities in Seychelles and would welcome visits to their institutions by their Seychellois counterparts.