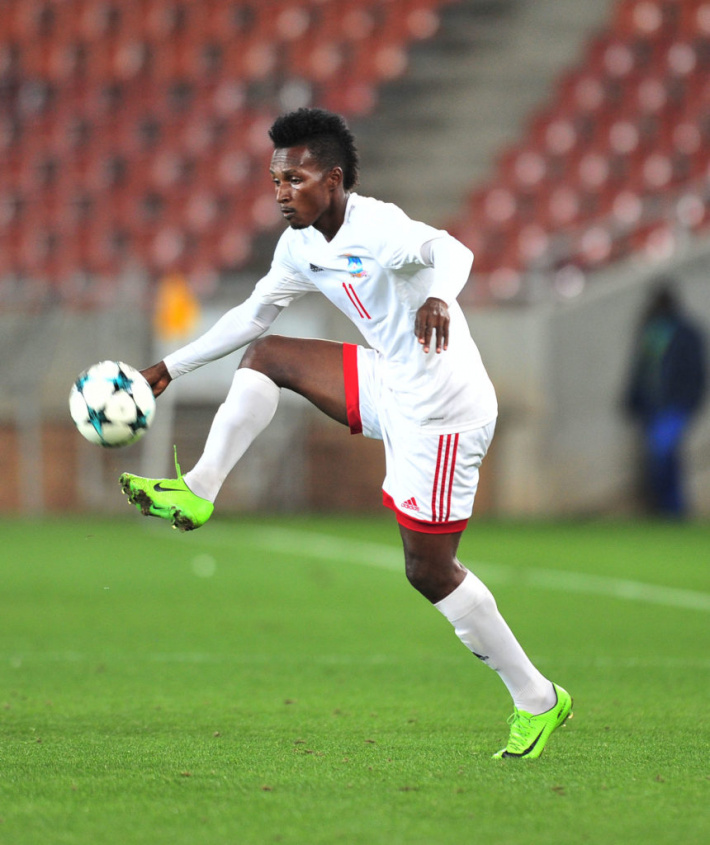 La Passe returned to the top of the SeyPearl Premier League standings with a 6-0 thumping of Revengers on Saturday on La Digue while on Mahe, Foresters remained unbeaten as they came from behind to draw 1-1 with St Louis and LightStars also fought back to sweep aside bottom club Victoria City 4-1 thanks to a hat-trick by Renick Esther at Stad Amitié on Saturday.

Foresters maintained their unbeaten start to the season as they came from a goal down to share the points with St Louis in a 1-1 draw at Stad Linite on Saturday in a hard fought match.

Foresters almost broke the deadlock as early as the 5th minute from a bad mistake by defender Danny Madeleine who slipped up to allow Malagasy Jean Tigana a free run on goal but the former Côte d’Or and Red Star Defence Forces midfielder decided to play the ball on the edge of the penalty area when he should have gone for glory or even pick out three of his teammates in the box.

St Louis had a decent chance in the 21st minute from a short corner by Roddy Melanie to Malagasy Tahiry who floated the ball to the back post where his captain Bertrand Esther was unmarked but he guided his header wide.

Tigana was unlucky not to score a stunning 40-metre goal when he pounced on a loose ball to unleash a thunderous shot which crashed against the St Louis crossbar in the 25th minute with goalkeeper Michel well beaten.

Foresters had to pull off Collin Francourt though on the stroke of half-time through injury and he was replaced by Leroy Corallie as the first half ended on a 0-0 score.

Karl Hall assumed responsibility for the spot kick and he coolly sent goalkeeper Kitson Cecile the wrong way to make it 1-0 for St Louis as their fans celebrated.

But Foresters just raised the tempo as they pressed for an equaliser with St Louis conceding too many free kicks and on the hour mark, Tigana curled in a free kick which goalkeeper Michel had to tip over into corner.

Foresters’ pressure paid off in the 70th minute when Tigana linked up with Nigerian striker Kazeem Adeyeri, who was playing against his former team for the first time this season and he showed all his skill to get the better of two defenders as he turned and rifled the ball low into the bottom corner past goalkeeper Michel to make it 1-1.

Seven minutes later, Adeyeri weaved past defender Mike Lesperance to shoot at goalkeeper Michel who spilled the shot and substitute Leroy Henriette latched onto the loose ball to try and tuck it home but the St Louis custodian redeemed himself to block the danger.

The game opened up in the latter stages and in the 86th minute, St Louis’ Hubert Jean picked a stray pass in the Foresters penalty area to blast it at goalkeeper Kitson Cecile who parried his shot.

St Louis had a gilt-edge opportunity to claim all the points in the 93rd minute from Tahiry’s floated pass into the Foresters penalty area which captain Besabotsy missed to clear and the ball fell to the feet of substitute Elijah Tamboo but he delayed his shot and it was deflected into corner.

Foresters though had an even better chance in the 94th minute as Henriette displayed his blistering pace to race from in his own half to the St Louis penalty area and played a pinpoint cross to substitute Francis Nourrice who looked odds to score at the far post with a free header but somehow he headed wide as the two teams had to settle for a share of the points which was a relief for the St Louis supporters as their team avoided a fourth defeat in six matches and assistant coach Rodney Choisy was happy with a point.

“We had geared ourselves to win this encounter though we were conscious it was going to be a tough match and this match could have gone either way so we are pleased with a point,” coach Choisy told Sports NATION.

As for Foresters coach Harold Hoareau, he was also content with a point in what he described as an interesting battle.

“We did not play well in the first half but we improved in the second though we gave away a penalty but it was a very good match and quite entertaining and we are satisfied with a point though we had a great chance to win it in the dying minutes,” the Foresters coach said as he prepares his team for another tough match on Thursday against St Michel.

La Digue outfit La Passe romped past Revengers 6-0 at the L’Union playing field on Saturday afternoon to go top of the league on goal difference.

Revengers, who had stunned St Michel last weekend, had no answer for a ruthless La Passe side who went ahead through Marcus Labiche for a 1-0 lead and Malagasy Florent and young striker Brandon Fanchette added one each for a 3-0 score at half-time.

Florent netted his second goal of the match in the second period for a 4-0 advantage and Brandon Fanchette also bagged his brace to make it 5-0 before Stan Fanchette sealed the victory with a late strike for a 6-0 demolition of Revengers.

Praslin side LightStars had to fight back from a goal down at the break to sweep aside bottom club Vitoria City 4-1 at Stad Amitié on Saturday afternoon thanks to a hat-trick by Renick Esther.

City had surprised the home team when Kelly Nibourette had put them 1-0 in the lead in the first half.

Renick Esther though turned on the style in the second period to inspire his team as he grabbed a hat-trick and Chris Uranie added a fourth goal for a convincing victory for the players of coach Ted Esther against bottom club City who have lost all their matches in the league.