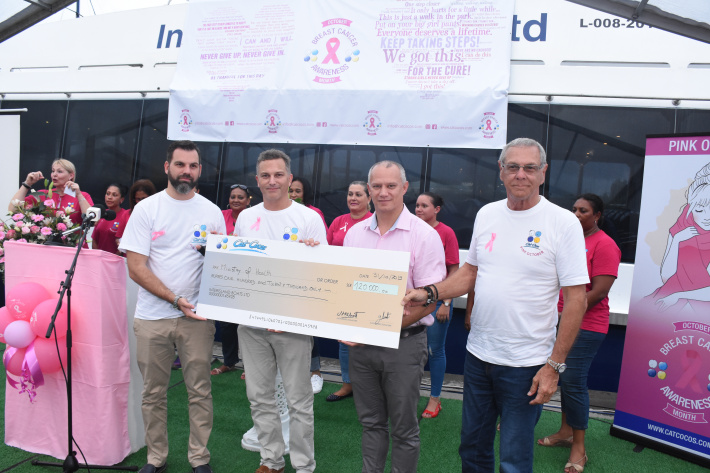 Local ferry company Cat Cocos, a subsidiary of the JFA Group, on Thursday October 31 donated a cheque worth R120,000 to the Ministry of Health to help in its fight against cancer.

Present were the chief executive of the Health Care Agency, Dr Danny Louange, officials from the Ministry of Health, representatives of the Cancer Concern Association and staff of Cat Cocos.

The money was collected through Cat Cocos ticket sales throughout October which is the Breast Cancer Awareness month, also known as Pink October.

For each ticket that was sold from October 1 to 31, the company withdrew a percentage to donate to the Ministry of Health, explained its chief internal auditor Sylvie Fournier.

The Cat Cocos staff had in fact been extremely active throughout Pink October by firstly wearing their pink uniforms to raise awareness on cancer and distributing leaflets on breast and prostate cancer on the jetty.

The company further organised a health screening activity in partnership with the Ministry of Health at the inter island jetty on October 25.

Mrs Fournier explained that the activities required a lot of teamwork from Cat Cocos employees and partners who were enthusiastic to help out.

“The whole team participated; from the boat boys to the taxis. Even the passengers were very happy every Friday when they received a little ribbon. This demonstrates a unity and togetherness around a disease that unfortunately can affect everyone,” Mrs Fournier added.

In his speech, Minister Adam noted that he was touched by the solidarity of organisations like Cat Cocos that have displayed their shows of support to the cause of cancer throughout October.

“Today we salute the efforts of Cat Cocos and all of the other companies for their contributions which are substantial[…]We recognise this significant contribution from a Seychellois company in solidarity with Seychellois who have been touched in one way or another by cancer.”

Minister Adam revealed that part of the R120,000 donation will go towards sustaining the genetics cancer project which the ministry is undertaking through the work of Dr Emelyn Shroff with the support of Stanford University.

The project seeks to identify persons who have a genetic or hereditary predisposition to cancer.

“And the work that we have done already using the data since 2009 have saved lives. It has allowed certain people to know that they have a predisposition to cancer and take actions beforehand,” the minister proclaimed.

The donation ceremony concluded with a cocktail where guests were invited to interact.

The accompanying photos, taken by our photographer Jude Morel, show some highlights of the cheque donation ceremony on Thursday. 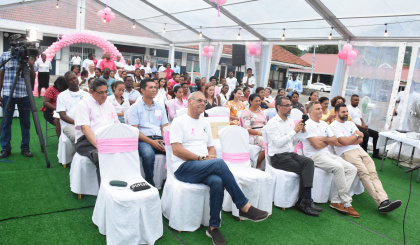 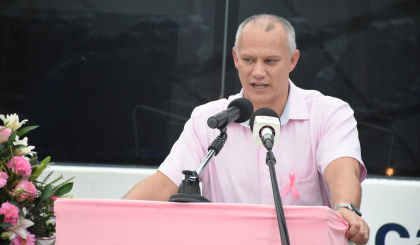 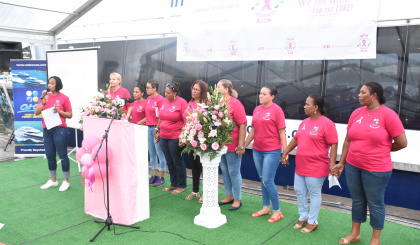