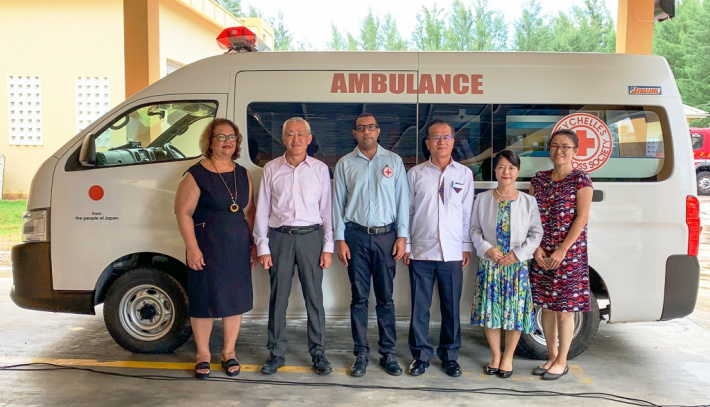 The Red Cross Society of Seychelles (RCSS) has received a new, fully equipped ambulance on Praslin to replace the current one which had served them for almost 20 years.

The donation came from the government of Japan and it was the Ambassador Extraordinary and Plenipotentiary of Japan to the Republic of Seychelles, Horie Ryoichi, who officially handed over the donation to RCSS at the Praslin Fire Station yesterday.

The donation, which demonstrates a symbol of friendship between Japan and Seychelles, is part of the ‘Grant Assistance for Grassroots Human Security Projects’ (GGP) financial assistance programme. The scheme aims to support projects by various bodies for economic and social development.

RCSS found this programme as the ideal opportunity to submit a project which aimed to improve the responses for emergency cases and disaster management as well as provide training in first-aid skills for the Praslin community. They were overjoyed when they were successful in receiving the grant which amounts to USD75,553 (R979,700).

During the ceremony, Ambassador Ryoichi congratulated the Red Cross Society of Seychelles for the project and thanked them for the valuable contribution they make to the community especially during natural disasters and medical emergencies.

Ambassador Ryoichi informed the audience that this project is the 2nd GGP project in Seychelles since this scheme started in the country in 2015, and that there have been 3 projects granted so far – in the environment, health and education sectors respectively.

On his part, the President of the Red Cross Society of Seychelles, Kisnan Tamatave, who accepted the donation, expressed their utmost gratitude to the government of Japan for the ambulance which shall assist them towards achieving their humanitarian goals.

“Guided by our five-year strategic plan of 2017-2021 under the theme ‘Contributing towards Community Resilience’, we strive to strengthen our capacity and that of our communities to prepare for and respond to disasters so that affected communities receive timely, effective assistance and in the process saving lives. The new ambulance will greatly assist with that as well as in medical emergencies and in mass public events,” Mr Tamatave shared.

The ambulance is equipped with all the basic equipment for basic first aid care including a trauma board, first aid kits, suction machines, blood pressure apparatus and a specialised stretcher for airlifting of patients.

Deacon Tasianna Bossy blessed the new vehicle and the ceremony ended on a joyful note with the live performance of two songs by Ambassador Ryoichi accompanied by his wife. 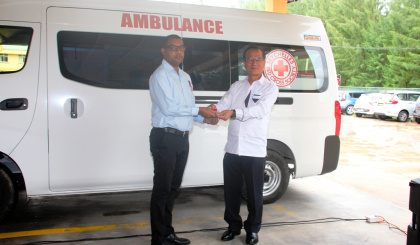 Ambassador Ryoichi hands over the ambulance keys to Mr Tamatave 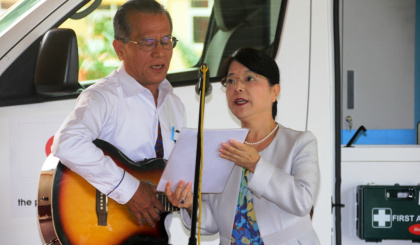 Ambassador Ryoichi in a live performance with his wife 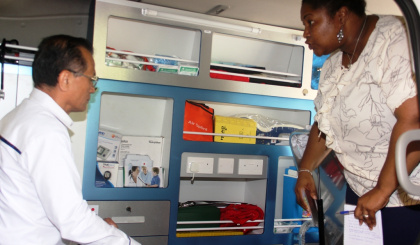 Touring the interior of the new ambulance 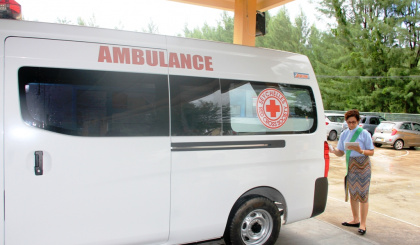 Students repatriated from China, quarantined in France are back on Seychelles soil | 18.02.2020