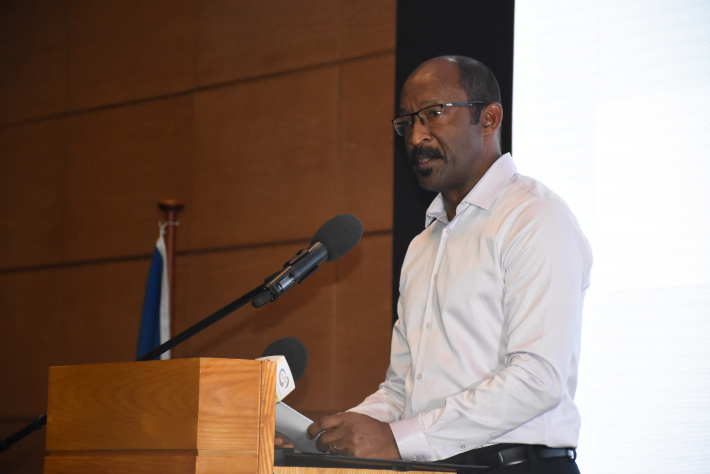 ‘All countries including Japan can learn a lot from Seychelles,’ says Ambassador Horie

As of yesterday, Seychelles officially hosts a Japanese embassy and Ambassador Ryoichi Horie emphasised that “all countries including Japan can learn a lot from Seychelles”.

For Japan, Seychelles is a great partner in the blue economy and blue security sector. Japan has provided facilities and technical assistance for sustainable development of the fishing industry which is one of the main pillars of Seychelles’ economy.

“In the field of blue security, Japan has actively cooperated with Seychelles to combat piracy. Japan has also provided training and facilities for the maritime police and the coast guard in their fight against piracy and maritime crimes. These are key factors for stable and sustainable development of the country. Japan is pursuing free and open Indo-Pacific to ensure peace and stability of the ocean which will further promote economic prosperity, and this vision has great compatibility with the idea of blue economy and blue security. I would like to continue deepening the cooperation with Seychelles in these areas,” noted Ambassador Horie in his welcoming speech.

He further said that the friendly relations between Japan and Seychelles were established in 1976, immediately after Seychelles gained its independence. “Over the years, our cordial relations have continued to move from strength to strength. This can be witnessed by the frequent visits to Japan by high level officials from Seychelles. President Faure attended the Seventh Tokyo International Conference on African Development (TICAD7) Summit in Yokohama last August. Last month, Vice-President Meriton attended the enthronement ceremony of the new Japanese Emperor in Tokyo after he visited Japan last December. Secretary of state (Barry) Faure attended the TICAD7 after his visit to Japan in October last year. From our side, State Minister for Foreign Affairs, Sato, visited Seychelles in August last year. The opening of this office is another great step towards strengthening our cooperation. Therefore, I am indeed very pleased to see progressive development of our friendly and cordial bilateral relationship,” said Ambassador Horie.

On his part, Vice-President Meriton acknowledged that Ambassador Horie’s accreditation gives further impetus to the excellent ties between Japan and Seychelles.

“The opening of an embassy here in Victoria in the heart of one of the smallest capitals in the world, by one of our key bilateral island partners, represents our commitment despite our geographical distances to bring closer our frontiers to share a common vision and through friendship to make a difference in this highly polarised and globalised world. Japan and Seychelles have shared a harmonious and dynamic relationship that continues to grow from strength to strength. The inauguration of the Japanese embassy in Victoria comes at a most opportune time, when our countries celebrate 43 years of strong, rewarding and successful diplomatic ties,” said Vice-President Meriton.

The vice-president also said that “over the years, our collaboration has flourished to cover fields such as fisheries, education, tourism, disaster management and maritime security. We are grateful for the generous support of Japan, through a grant of eight hundred million yen to be used for the re-construction of the Seychelles Maritime Police and Anti-Narcotics Bureau headquarters, the purchase of specialised marine unit equipment as well as high-speed patrol boats. This without doubt reinforces our common approach to valorising the ocean economy. You remain a steadfast partner in the implementation of our blue economy strategy which brings together all sectors in the sustainable use of our ocean resources.”

He concluded by saying that “as we celebrate the establishment of the Japanese embassy in Seychelles, an important milestone on our journey, I would like to reaffirm our commitment to further engage with Japan to explore new avenues for cooperation such as technology transfer, innovation, cultural exchanges and entrepreneurship”.

Prior to coming to Seychelles, Ambassador Horie served as ambassador of Japan to Micronesia, a small Pacific island country for three years.

“Micronesia has about the same land size and population as Seychelles, so I am aware and fully understands how difficult it is to sustain such a beautiful environment as well as the high GDP per capita in small island countries. I admire Seychelles for its conservation efforts and maintaining a sound economy. I think all countries including Japan can learn a lot from Seychelles,” stressed Ambassador Horie who also presented a team of five businessmen from Japan who are accompanying him on this visit.

The ceremony concluded with three songs interpreted by the Japanese ambassador and his wife. 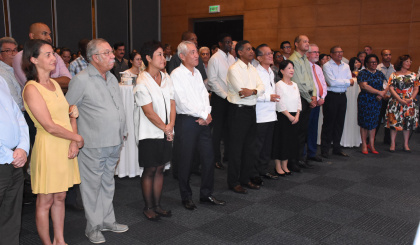 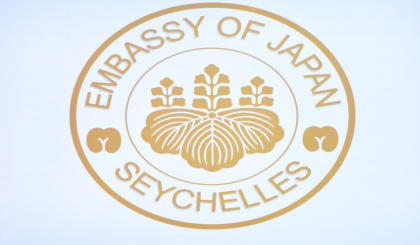