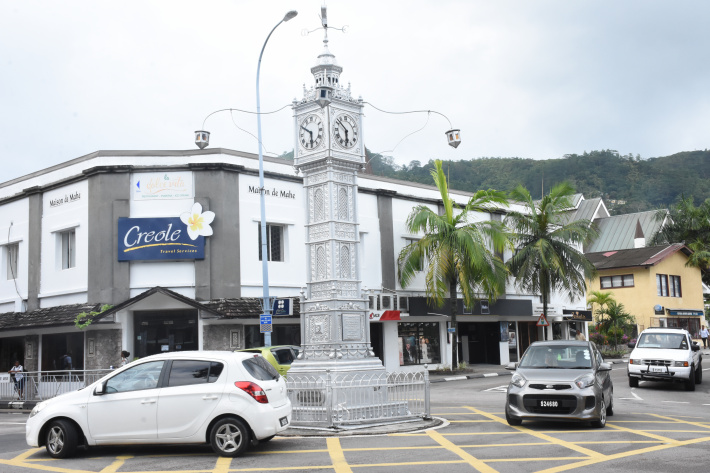 Work is underway to repair the clock tower in the heart of Victoria (Photo: Louis Toussaint)

For weeks now the clock tower in town has stopped working and to rectify this problem, a team of experts from the UK- based company Gillett & Johnston has been brought in.

The company has been manufacturing, installing and servicing clocks of all types for clients around the world for years.

“We are going to assess the clock’s structure as well as the internal gabbing once the scaffolding is erected and see if we can restore the strike on the clock,” said Gerry Coombes-Winyard.

He noted that they will be replacing the master clock in the tower with a new one as it had been badly damaged and has blown up.

“There is a great amount of work to be done once started as we do not know what caused the clock to stop working. The clock’s main circuit was blown but the fuses were intact which is very peculiar as in cases like these, the fuses are usually the cause of the problem,” said Mr Coombes-Winyard.

The local technician that manages the clock tower will also be assisting with the restoration team in order for him to learn more about the upkeep of the clock and what to do if the situation repeats itself in the future.

The team will also be conducting a restoration on the clock tower to put it back to its original design.

The clock itself should be up and running by Sunday. However the strike and the hammer will depend on what they find once they open the tower. 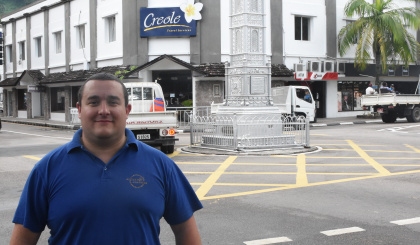